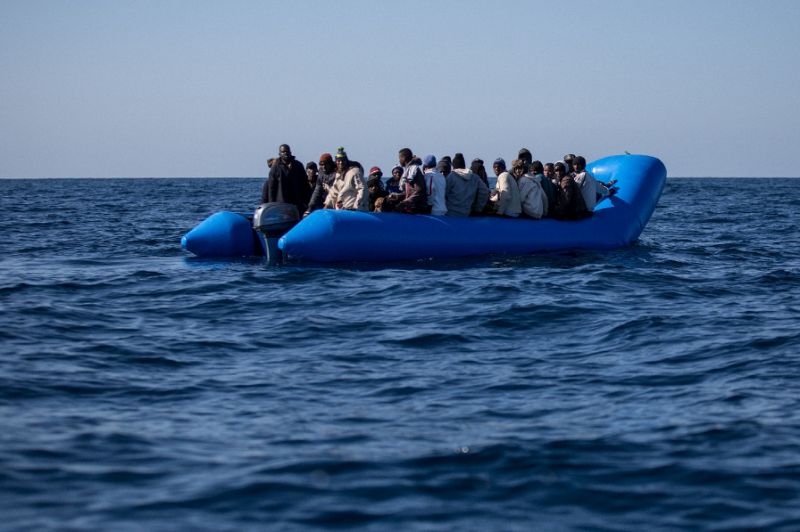 The Hague -- Top European Union and member states' officials should be prosecuted for crimes against humanity over the drownings of thousands of migrants in the Mediterranean Sea, international lawyers said Monday.

The Paris-based lawyers presented the International Criminal Court with a detailed 245-page file which they said was handed to chief prosecutor Fatou Bensouda's office.

The information provides "enough evidence implicating the EU and member states officials and agents with crimes against humanity committed in pursuant to EU migration policies in the Mediterranean and Libya" since 2014, they said.

More than 12,000 people have died since 2014 trying to flee Libya to Europe by what the UN refugee agency calls the "world's deadliest sea crossing".

The lawyers alleged that in order to keep Europe's borders safe, the EU resorted to a "deterrence-based migration policy, intended to sacrifice the lives of migrants in distress at sea".

The sole objective was to "dissuade others in similar situation from seeking safe haven in Europe," they said in their filing, of which a copy was handed to AFP.

When the policy failed because of rescue work by NGOs, the EU adopted a second strategy by employing the Libyan Coast Guard to intercept and send migrants back to concentration-camp like facilities in Libya.

"It was perfectly clear that they were people accused of war crimes, crimes against humanity and they (the EU) voluntarily funded these individuals," lawyer Juan Branco told AFP.

"Instead of immediately rescuing and bringing... the civilian population in distress at sea to safety, the EU has facilitated the death of thousands by drowning, before introducing a comprehensive system of forced deportation to concentration camp-like detention facilities," Branco and his colleagues said.

But it is not clear how Bensouda's office will treat the file drawn up by Branco, a former ICC jurist, and Omer Shatz, an international law lecturer at Sciences Po university in Paris.

Their communication refers to "EU and member states' officials and agents" but also mentions countries such as France, Germany and Italy, which are all ICC member states.

The EU has crafted a very elaborate strategy to hide its own responsibilities," Branco said at a press conference in Paris later Monday, saying he and his colleagues had spent two years preparing the claim.

France's foreign ministry rejected the accusation, saying it "makes no sense and has no legal basis."

"France has strongly engaged in the fight against human trafficking and smugglers," it said in a statement.

Set up in 2002 to try the world's worst crimes, the ICC prosecutes individuals only and receives hundreds of requests for investigation every year.

Bensouda was given a UN Security Council mandate in 2011 to probe crimes committed in Libya since the ouster of long-time leader Moamer Kadhafi.

The prosecutor in her latest report to the Council said her office was continuing to probe alleged crimes against migrants and refugees in Libya "to determine whether they fall within the jurisdiction of the court".