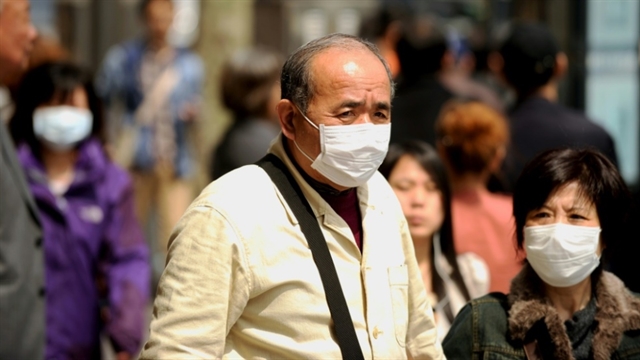 Health authorities in central China reported the first death on Saturday from a mysterious pneumonia outbreak that has been blamed on a new strain of virus from the same family as SARS.

Out of 41 people diagnosed with the new type of coronavirus in the city of Wuhan where it was first confirmed, one had died, two were discharged from treatment, and seven remained in serious condition, the Wuhan Municipal Health Commission said in a statement.

Authorities had earlier said that 59 people were affected by the pneumonia outbreak.

The commission's new statement said, however, that just 41 had been diagnosed with the new coronavirus.

The outbreak has caused alarm due to the link to SARS, or Sudden Acute Respiratory Syndrome, which killed 349 people in mainland China and another 299 in Hong Kong more than a decade ago.

Chinese authorities and the World Health Organization (WHO) have both said that a new coronavirus was to blame.

The outbreak was first confirmed on December 31 in Wuhan, a central Chinese city with a population of more than 11 million.

"No new cases have been detected since January 3, 2020," the health commission said.

"At present, no infections among medical staff have been found, and no clear evidence of human-to-human transmission has been found."

It said the patients were mainly business operators at a Wuhan seafood market that was closed on January 1 as a result of the outbreak.

Authorities in Hong Kong -- which was badly hit by SARS in 2002-2003 -- have since taken precautions including stepping up the disinfection of trains and airplanes, and checks of passengers.

China has since ruled out a fresh recurrence of SARS.

The outbreak comes just ahead of China's busiest annual travel period, when tens of millions of people take buses, trains and planes for the Lunar New Year holiday in late January.

Authorities in Hong Kong have said 48 people have been hospitalized in recent days after returning from Wuhan and displaying flu-like illnesses, but none were confirmed to have contracted the mystery virus.

City residents worried about the outbreak have rushed to buy face masks from local pharmacies, with many selling out earlier this week.

The coming holiday has prompted concerns in Taiwan, where officials urged the island's health and welfare ministry to strengthen quarantine controls at airports.

The U.S. embassy in China warned on Tuesday that Americans traveling in the country should avoid animals and contact with sick people.