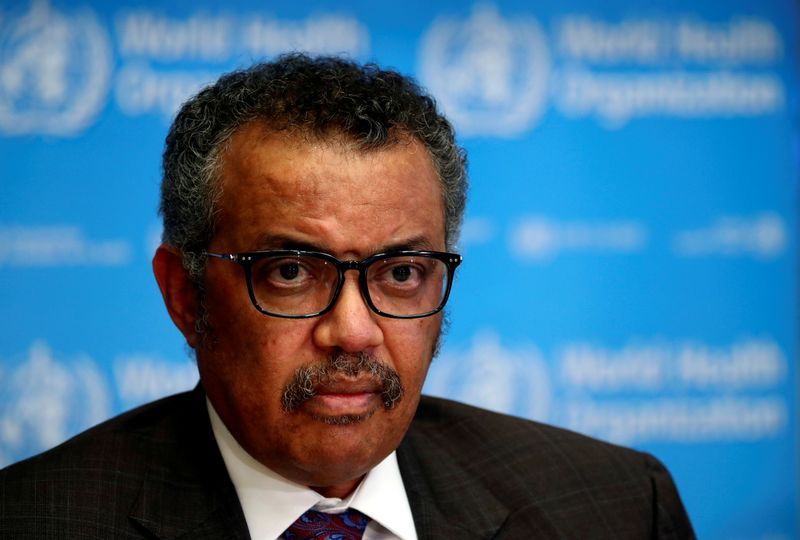 Nothing hidden from member states, CDC experts on board: WHO chief

GENEVA -- The head of the World Health Organization said on Monday that nothing in its coronavirus response had been “hidden” from the United States, as senior officials said U.S. technical experts had been an important part of the WHO’s effort.

The comments appeared to be a rejoinder to U.S. President Donald Trump, who has criticised WHO’s handling of the pandemic, accusing it of promoting Chinese “disinformation”, and suspended U.S. funding last week.

Some 15 staff from the U.S. Centers for Disease Control (CDC) have been seconded to the U.N. agency since January, joining two U.S. government officials assigned long-term.

“Having U.S. CDC staff means there is nothing hidden from the U.S., from day one,” Tedros Adhanom Ghebreyesus, WHO director-general, told a news conference.

“All countries get information immediately.”

The United States, the WHO’s biggest donor by far, now has the world’s largest epidemic of COVID-19, the disease caused by the coronavirus.

The WHO is leading the global fight against the virus, which has infected more than 2.4 million people and killed 165,000 since emerging in the Chinese city of Wuhan late last year.

Tedros said that divisions between people and political parties were “fuelling” the pandemic, but was not specific.

The WHO has placed orders for 30 million diagnostic tests over the next 4 months, Tedros said. It is shipping nearly 180 million surgical masks in April and May, as well as 54 million face masks and more than 3 million pairs of protective goggles, he said.

More than 600 hospitals are now ready to enrol patients in WHO’s so-called Solidarity Trial of drugs against the disease, he added.