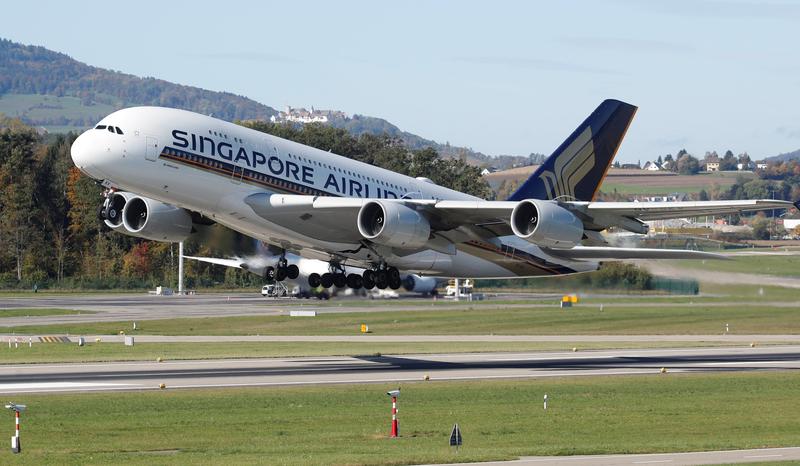 Singapore Airlines to cut 4,300 jobs due to pandemic, most in its history

SYDNEY -- Singapore Airlines Ltd said on Thursday it would cut 4,300 positions, or around 20% of its staff, due to the debilitating impact of the coronavirus pandemic on demand in the largest job losses in its history.

The airline said after taking into account a recruitment freeze, natural attrition and voluntary departure schemes, the potential number of staff affected would be reduced to around 2,400 in Singapore and overseas.

The company reiterated its forecast that it expected to operate less than 50% of its normal capacity by its financial year end of March 31, 2021. It is currently at 8%.

The airline has no domestic network and is wholly dependent on international demand at a time when many borders remain effectively closed.

It said to remain viable in an uncertain landscape it would operate a smaller fleet and reduced network in coming years, having already announced a review of its Airbus SE A380 planes for a possible S$1 billion ($731.21 million) in impairments.

The job losses on Thursday were the first it had announced since the start of the pandemic, which has seen it raise S$11 billion of equity and debt to shore up its liquidity.

“The next few weeks will be some of the toughest in the history of the SIA Group as some of our friends and colleagues leave the company,” Singapore Airlines Chief Executive Goh Choon Phong said in a statement.

“This is not a reflection of the strengths and capabilities of those who will be affected, but the result of an unprecedented global crisis that has engulfed the airline industry,” he said.

State investor Temasek Holdings and others put together a $13.3 billion rescue package for Singapore Airlines in March, including a bridging loan it has repaid and S$9.7 billion of convertible notes it has yet to use.

The International Air Transport Association has forecast it will take until 2024 for global passenger traffic to return to pre-pandemic levels.

Rival Qantas Airways Ltd has announced plans to cut nearly 30% of its pre-pandemic staffing, while Cathay Pacific Airways Ltd is reviewing its operations with an announcement expected in the fourth quarter.