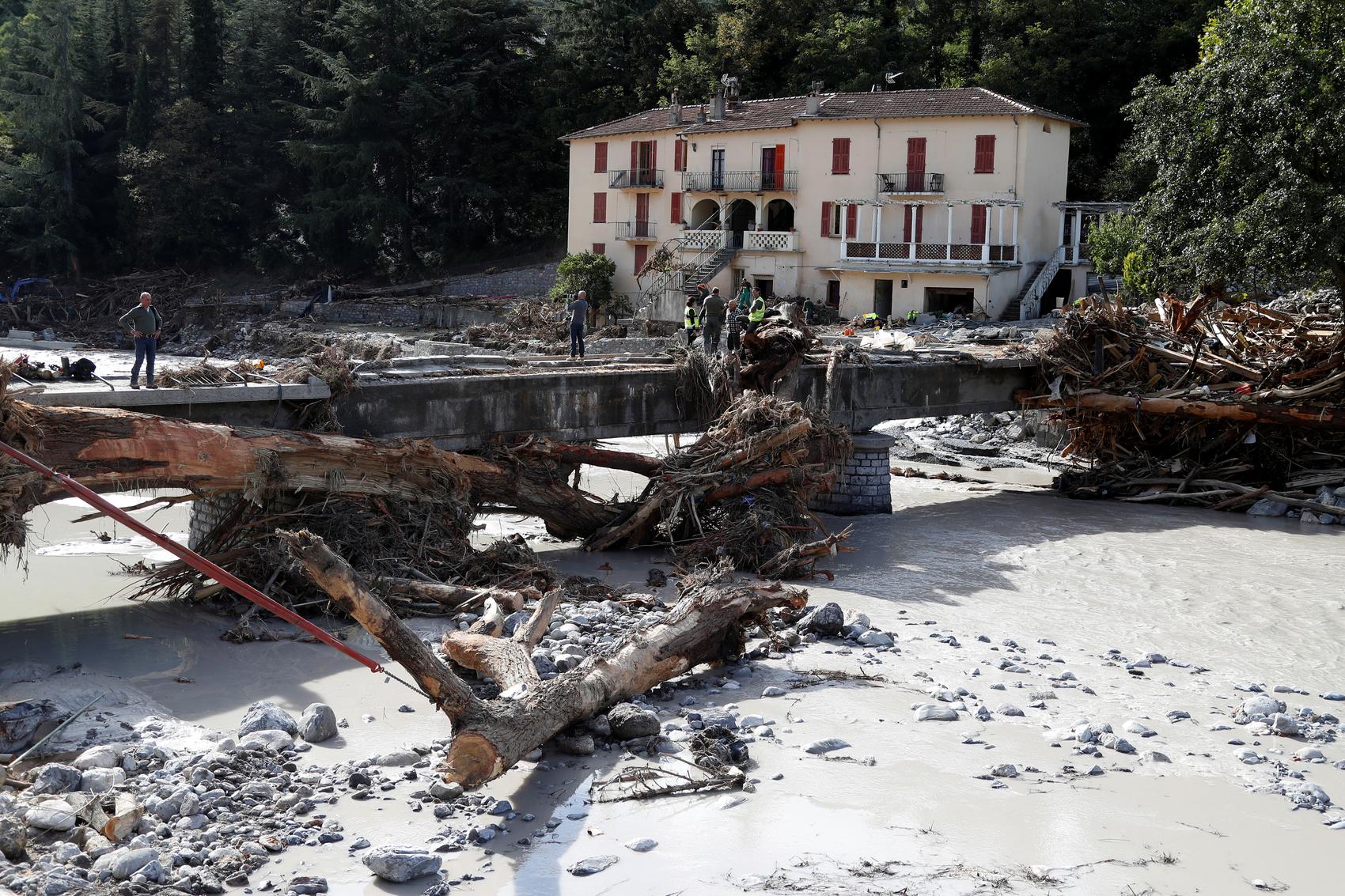 Four dead in southern France flooding, up to 18 missing

PARIS -- Four people have died and up to 18 more are missing in floods and heavy rain in south-eastern France, local authorities said on Monday.

Over the weekend, southern France was lashed by torrential rain and swollen rivers have swept away houses, bridges and parts of roads.

A spokeswoman for the Alpes Maritimes prefecture told Reuters that eight people were missing and about 10 more may be missing but she gave no further details.

Authorities cannot give a more precise estimate for the death toll from the flooding as emergency services struggle to reach flood-hit villages as many roads have been washed away or are still blocked by debris.

Over the weekend Storm Alex caused widespread damage in several villages around Nice on the French Riviera in what the city’s mayor Christian Estrosi called the worst flooding disaster in the area for more than a century.

Meteo France registered rainfall of 500 mm (19.69 inches) of rain over 24 hours in Saint-Martin-Vesubie on Saturday and close to 400 mm in several other towns - the equivalent of more than three months of rain at this time of the year.

French daily Ouest France on Monday reported that three bodies had been found, one in Saint-Martin-Vesubie - where one had been discovered earlier - one in Lantosque and one in Colomars.

Among those missing is a couple in their eighties who are believed to have still been in their house in the village of Roquebilliere as the surging Vesubie river engulfed it. Footage of the house collapsing into the river has dominated French TV news coverage of the flooding over the weekend.

The couple’s son told Nice-Matin newspaper that contrary to some media reports, his parents had not refused to leave the house, but that helicopters could not reach them because of high winds.

“My parents are reported missing, but I know it is over. They are dead. I understood this when I received confirmation that they were in the house until the last moment. They departed together after a long and loving life, that is what I tell myself to soften the pain,” Eric Borello told the paper.