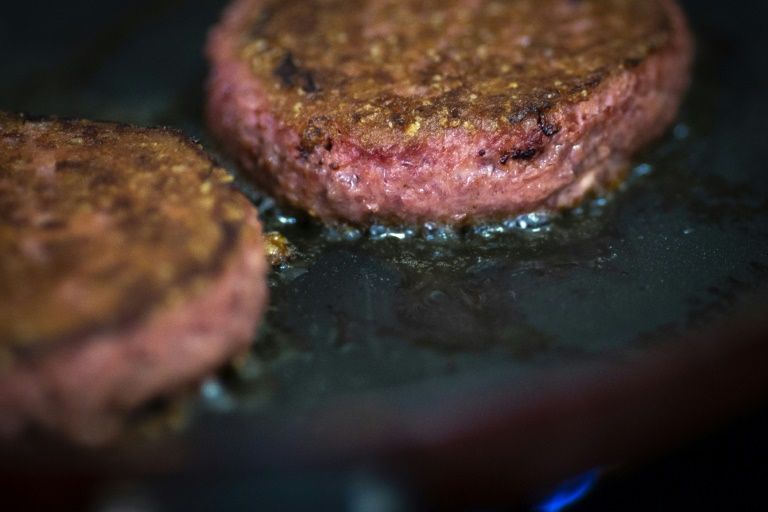 Angry European farmers are pushing for a ban on calling vegetarian products a "burger" or a "sausage" that they say mislead consumers into thinking certain products contain meat.

Their demand was part of a legislative proposal on Monday at the European Parliament, which MEPs are to vote on later this week in Brussels.

The ban request comes on the back of the rising success of high-end veggieburgers that closely replicate the taste and sensation of eating meat.

Vegetarianism is also gaining ground due to the link between raising cattle and climate change.

Also banned would be products labelled as "yoghurt-style" or "cheese-like" for non-dairy based products. Terms such as "soy milk" and "vegan cheese" are already banned in the EU.

According to the proposal, "terms and descriptions referring to 'meat' should be reserved exclusively for the parts of animals fit for human consumption".

The parliament's agriculture committee proposed the passage as an amendment to a vast farming bill that would go to a vote on Tuesday.

Jean-Pierre Fleury, of the EU's farmers association Copa and Cogeca, called the misuse of meat labels "an obvious case of cultural hijacking."

"We are about to create a brave new world where marketing is disconnected from the real nature of products, which is just asking for things to spin out of control!" he said earlier this month.

Food advocacy group ProVeg International said the opposite was true and that the terms "provide important information regarding the taste and uses that people can expect from a product."

"Just as we all know that peanut butter does not contain butter, consumers know exactly what they are getting when they buy veggie burgers or veggie sausages," said ProVeg's Alex Gromminger.

Hervé Salomon, director for France of veggie butter-maker Upfield, called the proposal "totally absurd" and said it went against everything the EU is trying to achieve in terms of lowering pollution in farming.

Voting results should be available no earlier than Wednesday. If the present text is adopted, it would then be negotiated with EU member states as part of a reform to the EU's agriculture policies.