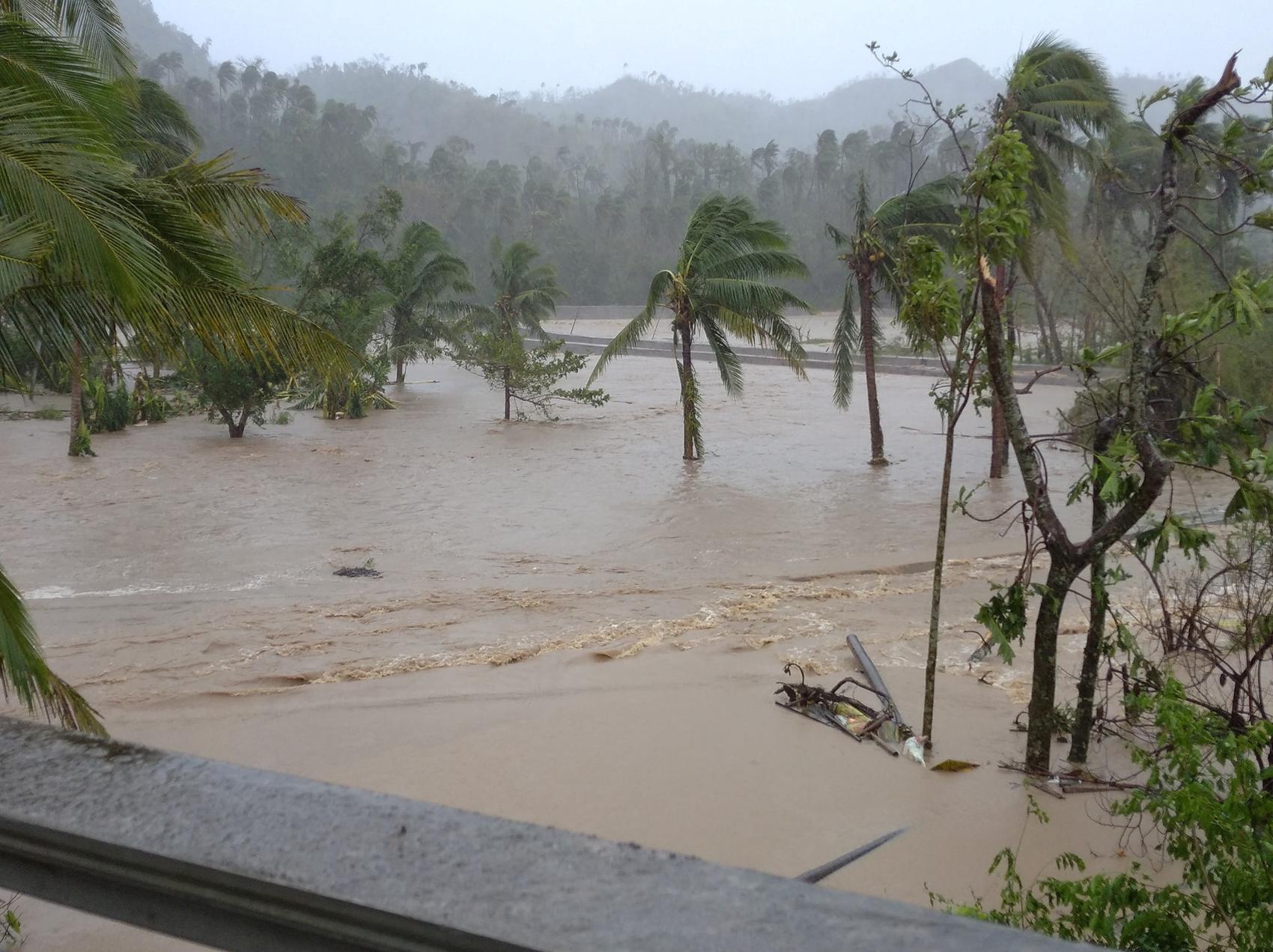 MANILA - A super typhoon weakened after barrelling through the southern part of the Philippines’ main island of Luzon on Sunday, with officials reporting at least four deaths, power supply outages, infrastructure damage and flash floods.

The weather bureau downgraded Goni, the world’s strongest storm so far this year, to typhoon category, with 215 kph (140 miles per hour) sustained winds and gusts of up to 290 kph (180 mph) after it made landfall in the Bicol region.

Tropical storm-wind alerts were lowered, but the weather agency warned in its 0300 GMT bulletin that Goni still posed a threat while traversing provinces south of the capital Manila.

Goni made two landfall in two places in the Bicol region, where four deaths were reported, said provincial Governor Al Francis Bichara, including one hit by a tree and a five-year-old washed away after a river overflowed.

The disaster management agency could not confirm the report.

Video footage by news channels and on social media showed rivers overflowing and some dikes destroyed, submerging villages in Bicol.

Between 19 million and 31 million people could be affected by the typhoon, including those in danger zones and in metropolitan Manila, the disaster management agency said.

About 347,000 people were in evacuation centres, said disaster management chief Ricardo Jalad, lowering the figure of nearly a million reported by the agency on Saturday.

Health officials reminded those in evacuation centres to observe social distancing as the coronavirus spread is also a concern.

Dozens of international and domestic flights have been cancelled as the civil aviation authority ordered a one-day closure of Manila’s main gateway, the Ninoy Aquino International Airport.

Goni is among the strongest typhoons to hit the Philippines since Haiyan, which killed more than 6,300 people in 2013.

It follows Typhoon Molave, which hit the Philippines last month killing 22 people, mostly through drowning in provinces south of Manila.

The weather bureau said it was also monitoring another cyclone, tropical storm Atsani, which could hit northern Luzon provinces in the coming days.