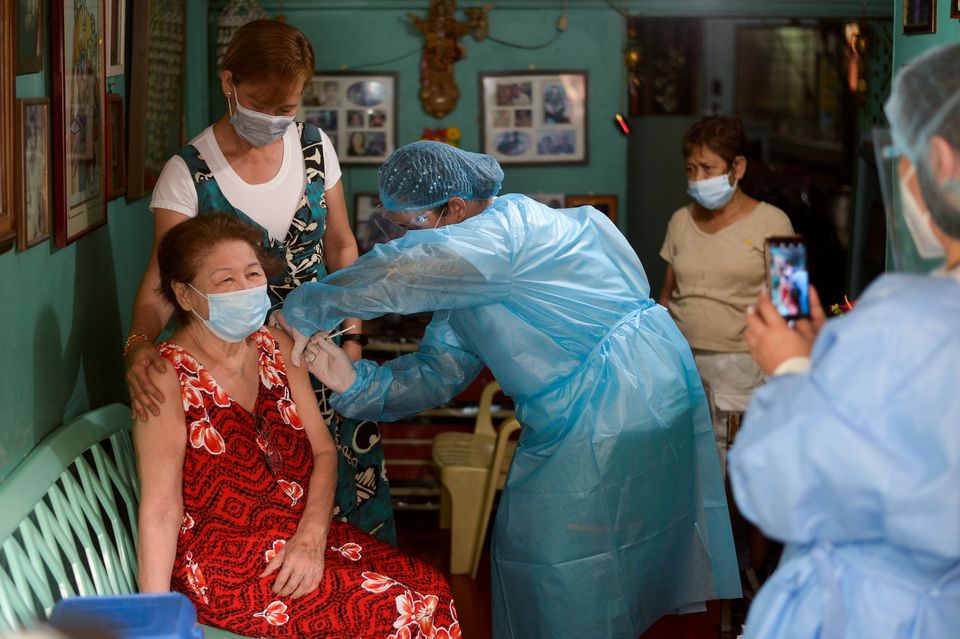 The Southeast Asian country is battling one of the worst COVID-19 outbreaks in Asia, but infection numbers have been declining since peaking in March and April, allowing for a gradual relaxation of restrictions.

Sixteen people had been found with the Delta variant, including five who had returned from the United Arab Emirates, Qatar and Britain between April and June, health undersecretary Maria Rosario Vergeire told a news conference.

The other 11 were locally acquired cases, including a cluster of five people in the southern city of Cagayan de Oro. One patient had died after being hospitalised in Manila on June 28.

"The spread of COVID-19 globally, while being controlled by vaccination, is still being driven by these variants of concern," said Vergeire, as authorities announced a tightening of restrictions in Cagayan de Oro and Misamis Oriental province.

In May, the Philippines recorded its first Delta cases in two workers who returned from the United Arab Emirates and Oman.

"Mutation from the local population does not happen. It must have been introduced from foreign travelers," Cynthia Saloma, executive director of the Philippine Genome Center, told the news conference.

Philippine authorities have been scrambling to try and stop the variant from spreading after it has helped trigger a surge in infections across the region. The Philippines has banned travellers from eight countries including India, Indonesia and the UAE until the end of July.

But while tightening border controls to keep the variant out, authorities have been loosening other curbs, including allowing limited gatherings and permitting children aged five and above to go outdoors.

With more than 1.49 million cases and 26,314 deaths, the Philippines has the second-highest number of infections and deaths in Southeast Asia, and the detection of the Delta variant could slow the country's return to normality.

"We need to make sure no mass gatherings are held, and even small gatherings for families and work groups," Dr. Anna Lisa Ong-Lim, a technical adviser for the health ministry, said, warning of the risk of "super-spreader events".

The sluggish rollout of COVID-19 vaccines is another reason for authorities to be nervous.

The Philippines has so far fully immunised only 3.9% of its 110 million population, government data show.