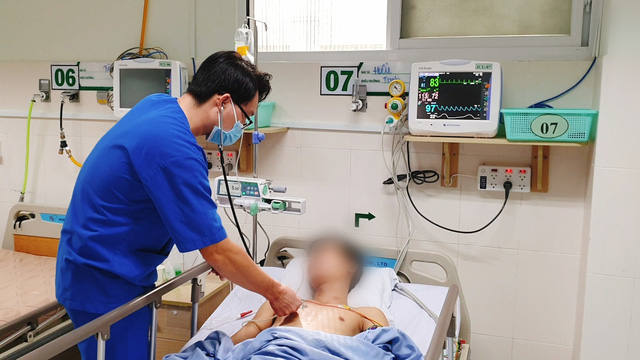 A street circus performer suffered serious bleeding after he injured his stomach during a glass eating performance in Vietnam.

Doctors at Hoan My Cuu Long Hospital in the Mekong Delta city of Can Tho confirmed on Saturday they had successfully treated a patient for internal bleeding brought about by a serious stomach tear.

The patient, 28-year-old N.V.M., a Can Tho citizen, was admitted to the infirmary with abdominal pain, blood vomiting, and low blood pressure.

The man then vomited a large amount of bright red blood and experienced dizziness and abdominal pain.

Doctors performed an emergency endoscopy on the patient to stop the bleeding and remove the object, while carrying out blood transfusion to resuscitate him.

The endoscopy showed that the patient’s stomach was bleeding profusely due to a three-centimeter cut by the glass shard.

M. is now in stable condition but requires further monitoring at the hospital.

People should not practice or imitate these acts as they can easily lead to accidents, which can be life-threatening, Tam warned.