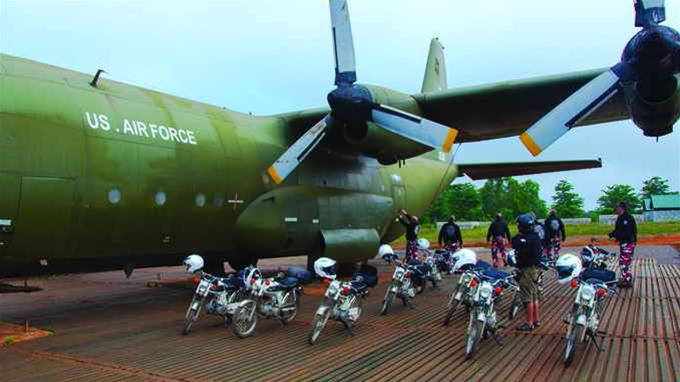 A 20-day ride across Vietnam along the Ho Chi Minh trail on 67 Honda bikes involving foreign and local riders has raised up to US$350,000 for charity. David Seton, CEO of Bersa Co. Vietnam, told about a chance meeting at a pavement café in central Da Nang city to explain for his risky choice for the old-styled bike on such a lengthy trip.

Seton then saw a man who was riding an old yet gorgeous motorbike. He soon found out that the bike was a Honda 67, which enjoyed great popularity prior to 1975.

The bike is the man’s and his whole village’s pride, as it has carried a good number of pregnant women to the provincial hospitals where they gave birth.

Hugely moved and inspired by the story, Seton decided on the Honda 67 as the means for the cross-country ride that he initiated.

The trip, which finished in Ho Chi Minh City, raised US$350,000 to improve healthcare for pregnant women and newborns in central Quang Nam province’s Phu Ninh and Phuoc Son districts.

Honda 67, which was first produced in early 1962 and is a 50cm3 bike designed mostly for male drivers, is among the products that made Honda Motor’s name.

Few people use this bike for daily use now in Vietnam.