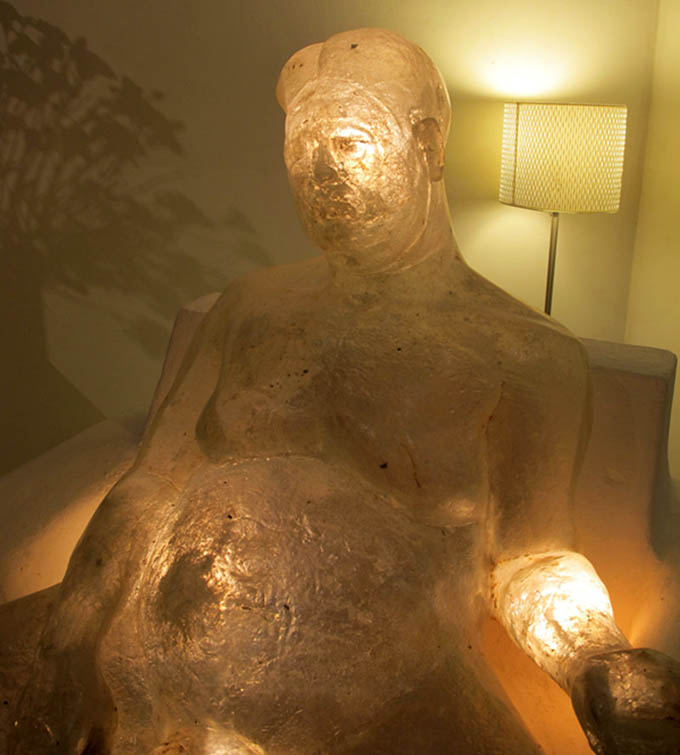 An installation art exhibit, “Tren Duoi Troi” (Above and Under the Sky), which is taking place in Hanoi until March 15, features works of different materials and styles by two local artists.

The first fund was launched in 1996 and named after Prince Claus of The Netherlands while CDEF has provided support to contemporary artists and cultural performances in Vietnam, and has been boosting cultural exchanges between Vietnam and Denmark since 2006.

Le Hoang Bich Phuong expressed her concerns about humans’ lack of perception with human-shaped installations in a neutral, dazed state, while Le Giang created a fantasy space intertwined with the everyday one by producing enigmatic holes in the ground and on the wall.

“Almost everyone will approach a hole and try to observe what’s inside it. This creates such thought-provoking questions as whether we’re inside or outside the hole, and whether we’re searching for something or ourselves,” Giang shared.