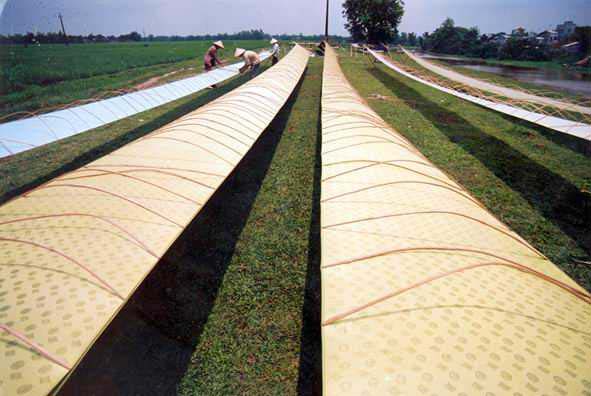 A village in northern Vietnam recently won the Vietnamese record as the country’s oldest crafts village which remains in operation.

The 1,000-year-old village has made the country’s premium silk, which was presented to the kings in the old times.

The silk was also selected to represent Vietnamese crafts at the international fairs in Marseille and Paris in 1931 and 1932 respectively. It was also considered by the French as the Indochina’s premium silk.

Known for its traditional silk weaving techniques, the village’s hallmark Ha Dong silk has long gained a firm foothold on the local market and has also been exported to several other countries.

The village is now lined with over 100 silk shops, which offer tourists, particularly foreigners an excellent choice for gifts. The silk can be sewed into stunning “ao dai” (traditional Vietnamese long gowns) or other costumes.

The village is also chosen by the Hanoi People’s Council among the capital’s seven hallmark crafts villages to be preserved.

Traditional crafts in a number of villages across Vietnam have now faced “extinction” due to the shrinking market.