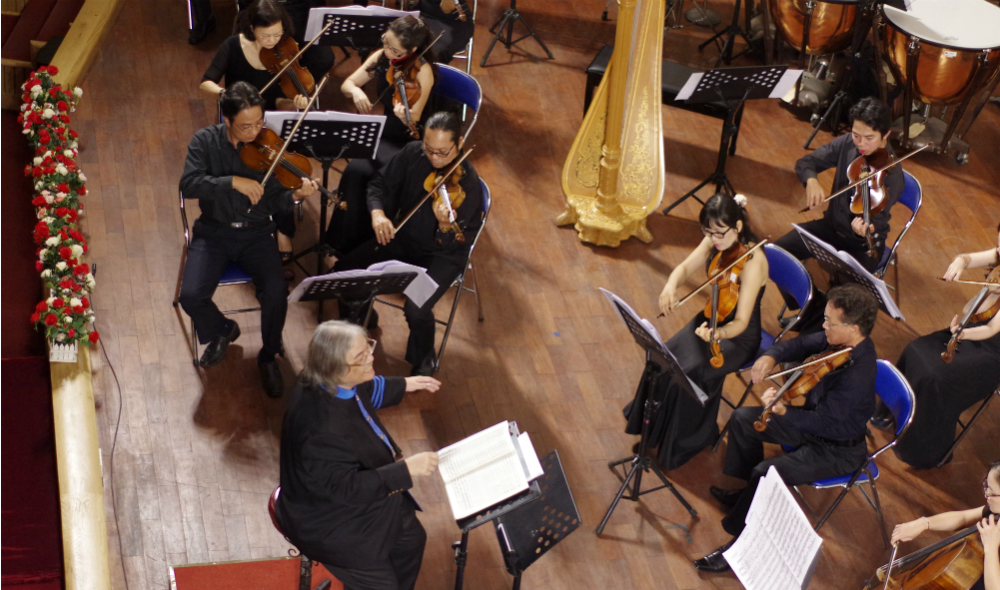 It was the first working trip to the Vietnamese city of the well-known Western-trained Thai conductor who is said to have “made Bangkok into the operatic hub of Southeast Asia.”

During the Friday show at the HCMC Conservatory of Music, Sucharitkul and the Saigon Philharmonic Orchestra performed two works, Overture to “Tannhauser " by Wilhelm Richard Wagner and a part of Symphony No. 2 by Ludwig van Beethoven.

Sucharitkul, 62, also introduced his own composition, "Suriyothai,” which is deeply influenced by Thai folk music, for the first time to HCMC audiences.

The Saigon Philharmonic is the resident orchestra of the HCMC Conservatory of Music, which was established in 2010.