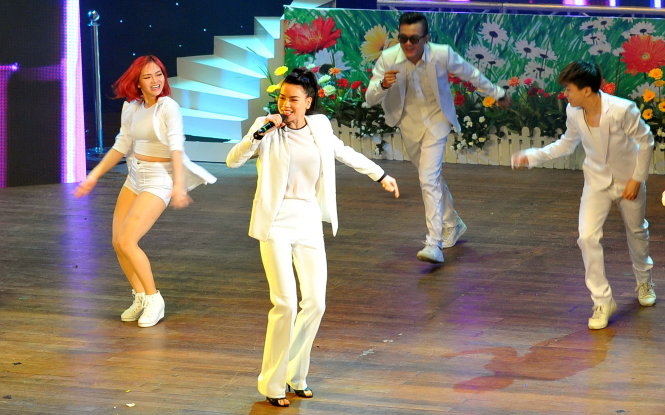 A well-loved Vietnamese pop singer will represent her country at the 2014 MTV Europe Music Awards (2014 MTV EMA), which is set to wrap up in Scotland in November 2014, MTV Vietnam announced on Monday.

Ho Ngoc Ha, a popular singer, who has entranced a large number of young local fans thanks to her ‘trendy’ singing voice and sensual dance steps, will compete in the Best Worldwide Act category.

The candidate list also included some other pop singers. The voting went on from Tuesday last week to this Monday noon, September 15, but on Tuesday, Ha’s photo was seen on MTV Thailand’s Facebook as the Vietnamese representative.

The photo was removed shortly after that.

Representatives of MTV Asia claimed that the photo was a mix-up.

Rumor also has it that MTV Vietnam has fixed the voting result and chosen Ha as the winner.

Ho Tri Quyen, an MTV Vietnam representative, said that all MTV channels in Southeast Asia have the privilege to nominate a local singer to attend the first round of the Best Worldwide Act.

“However, given the success of My Tam at the 2013 MTV EMA, who was voted by fans as the Vietnamese candidate, we decided not to use our privilege and leave the choice to the fans,” Quyen added.

The final round of the 2014 MTV EMA will take place in Glasgow, Scotland on November 9.

Tam then won the Best Southeast Asia Act based on audience voting in the first round of the 2013 MTV EMA and went on to represent the Southeast Asian region in the second round.

MTV EMA is aired on more than 60 MTV channels in different countries, which are watched by over 700 million households the world over.