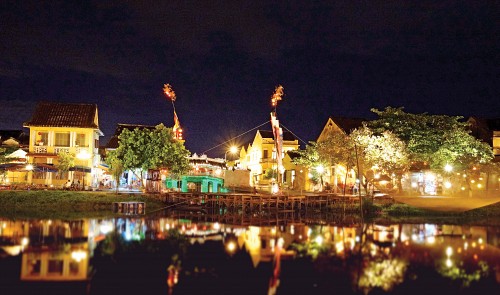 Vietnam earmarks over $23k for house, relic restoration in Hoi An

Authorities in central Vietnam have allocated almost VND500 million (US$23,534) to immediately restore old houses and relics in UNESCO-recognized Hoi An Ancient Town.

The People’s Committee of Quang Nam Province, which is located in the central region, said these structures are in dire need of repair.

The committee thus decided that roughly VND165 million ($7,766) from the central budget will be spent on repairing two century-old houses at 122 Tran Phu Street and 13 Hoang Van Thu Street in Hoi An.

Another VND329 million ($15,485) from the provincial coffers will also be used to restore relics which are on the brink of collapse within the town.

The old town received 931,379 visits, including 464,608 international ones, within the first six months of this year, up 2.71 percent compared to the same period last year.

It was chosen as the world’s best tourism spot by UK tourism magazine Wanderlust in January 2013.