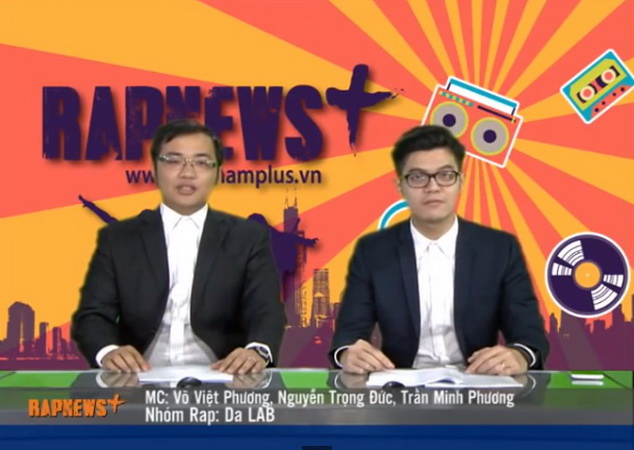 A news website run by the Vietnam News Agency has been named among the winners of the World Young Reader Prizes, the annual awards from the World Association of Newspapers and News Publishers (WAN-IFRA), that honor excellence in newspaper engagement of the young.

Vietnamese-language newswire VietnamPlus won the top award in the Digital First category for “rapping the news” in its Rap News Plus series, WAN-IFRA said in a September 22 press release.

The Digital First is a special category, sponsored by CCI Europe, that is intended to honor “the news publisher that most creatively engages the young through mobile telephones, tablets and other digital devices,” according to WAN-IFRA.

CCI Europe, a long-time partner of WAN-IFRA, has supplied editorial and advertising systems and solutions to news organizations across five continents.

The Rap News Plus program debuted on November 12, 2013, and has since produced one new video every two weeks.

Its videos feature two to four rappers, who brief the most significant local, international, entertainment and sports news by rapping them over catchy beat music.

The series was initiated to mark the 5th anniversary of the launch of VietnamPlus, which took place on November 13, 2008.

The debut video garnered one million views from YouTube and other websites after just 48 hours.

Amedia, a media group from Norway, was named World Young Reader News Publisher of the Year for “putting young people in the heart of its overall readership strategy,” WAN-IFRA said.

News Publisher of the Year is the top distinction in the World Young Reader Prizes, which recognized Amedia’s commitment to youth as a long-term, must-do priority, according to WAN-IFRA.

World Young Reader Prize winning strategies are celebrated and shared, as they benefit not only the media companies and their young audiences, but also society as a whole.

The awards will be presented at the WAN-IFRA World Young Reader Summit and Ideathon from November 24 to 26 in Bali, Indonesia, a free event with admission open to all news publishers, with priority to WAN-IFRA members and past prize winners.

WAN-IFRA, based in Paris (France) and Frankfurt (Germany) with subsidiaries in Singapore and India, is the global organization of the world’s newspapers and news publishers.

Its core mission is to defend and promote quality journalism and editorial integrity and the development of prosperous businesses.