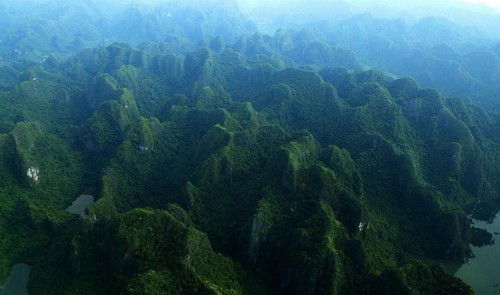 Many Vietnamese tourism firms have recently organized tours departing on a daily basis to tap into the expanding segment of busy travelers or those deciding to take a trip on the spur of the moment.

Due to a time limit, tourists tend to hit the road on weekends or during holidays.

Many have arranged more tours which start daily to cater to the rising demand from retired people and office workers who combine business with leisure on their trips.

Package tours of two or three days to Con Dao, administered by Ba Ria-Vung Tau Province located in southern Vietnam, cost VND2.2 to VND4 million (up to US$188) each, exclusive of airfares.

Apart from its stunning beaches, the island – about 185km from the provincial capital city of Vung Tau and 230km from Ho Chi Minh City – also appeals to tourists for its rich historical significance.

During the French colonial era that ended in 1954, Con Dao Island was notorious for its penal facilities and punishing inmate treatment system, including "tiger cages." The phrase refers to prison cells used to keep Vietnamese revolutionary soldiers in torturing conditions during French rule.

Some other tourist attractions include Hang Duong Cemetery and Pier 914.

Tours of one to three days, including homestays, are also launched on a daily basis to several Mekong Delta city and provinces, including Vinh Long, Can Tho, Ben Tre, and An Giang.

The tours, which cost from VND210,000 to VND990,000 ($46.6) each, offer tourists opportunities to indulge in rustic landscapes – including rivers, creeks, and ponds of lotuses – and relish local delicacies.

Scuba diving services give tourists a chance to explore the corals and rich marine life in the turquoise waters.

Tours depart from Da Nang City in the central region.

The costs of tours to UNESCO-recognized Ha Long Bay in Quang Ninh Province in the north vary from VND1.2 to VND9.9 million (up to $466).

The tours offer a wide range of choices in accommodation and services, including nights spent aboard luxury cruise ships.

The tours offer tourists an opportunity to explore the cities’ scenery, culture, and cuisine in a limited amount of time.