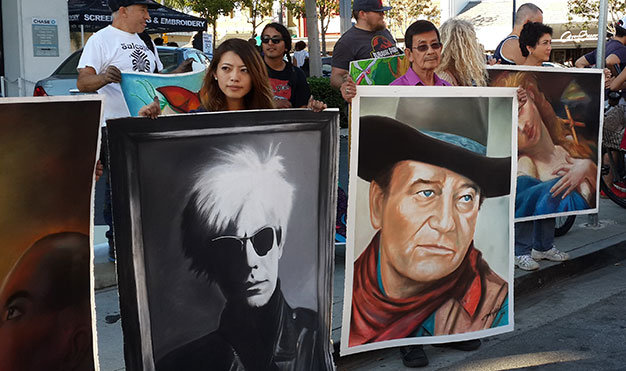 An expat Vietnamese artist won a prize at a street art contest held last Saturday in California, the U.S.

Like other contending works, Hoa’s portrait of John Wayne- a celebrated American film actor, director and producer- was created as the artist was lying on his abdomen, painting with chalk, not with brushes or pens.

Hoa has been a member of the HCMC Fine Arts Association since 1990.

He settled in the US five years ago and still pursues his art career.

The artist brought home the Director Award as he first joined the contest last year.

During its editions, the contest has showcased the works of diverse artists who use chalk as their medium, and the sidewalks of Belmont Shore as their canvas.