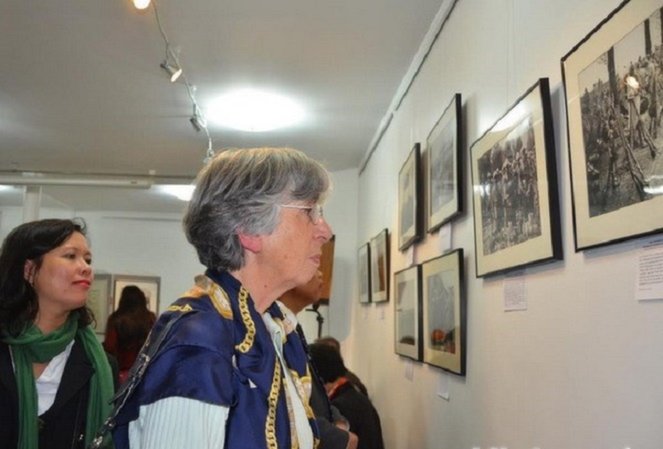 An exhibition is being held in Paris to highlight the wretched working and living conditions suffered by the first Vietnamese people who were brought over to France by the French colonial government to serve in World War I.

The display is organized by the Vietnamese People's Association in France (UGVF).

A UGVF leader said at the Wednesday opening ceremony that the exhibit is part of France’s activities to mark the 100th anniversary of World War I’s outbreak this year.

The event is also an occasion for the UGVF to pay homage to the Vietnamese people who served in the war but have not been honored during France’s commemorations.

According to historians, almost 100,000 Vietnamese people, mainly from poor areas of Vietnam, were dispatched to France together with 240,000 colonial soldiers from Africa and Indochina.

The Vietnamese expatriates worked in weapon and gunpowder factories, cleared away battlefields, carried wounded soldiers, and even fought in combat.

Francois Trieu, an expat Vietnamese researcher who spent four months collecting and studying the archival photos, described the exhibition as a “spiritual responsibility” for today’s generations to pay tribute to the deceased and their sacrifices.