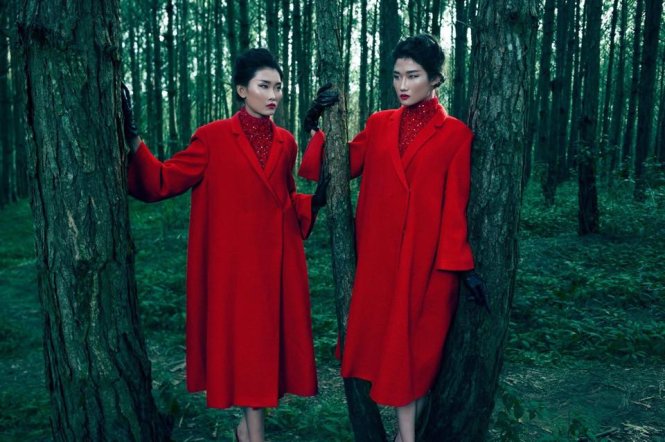 Seventy pairs of “twins,” including 30 brace of identical and fraternal twins, will perform side by side in a Ho Chi Minh City fashion show on Tuesday night.

The show – “Twins” – will showcase designs for autumn and winter created by local designer Do Manh Cuong.

The event is scheduled to take place at 7:00 pm on an over-100m runway at GEM Center, at 8 Nguyen Binh Khiem Street, District 1.

Thirty pairs of real twins, who are non-professional models and even first-time runway walkers, have been selected from across the country for the past three months.

Over 70 professional models will get special make-up to become lookalikes and form the remaining 40 pairs of twins.

Cuong said that his collections are inspired by the biological miracle of twins, who typically dress alike and complement each other’s beauty and personality.

Pham Huy Can, producer of the show, said Cuong’s collections will be showcased in Hanoi and Los Angeles next year.

In related news, the Vietnam International Fashion Week, which features 17 local and foreign designers, is set to run also at GEM Center from next Monday to December 6.

Tri’s collection will open the event at 8:00 pm next Monday, while the designs by Zio Song, who owns the SongZio trademark, are slated to close the event.

Four shows on average will take place each night, with guests arriving at 6:00 pm and the events ending around 10:00 pm.

The closing night, December 6, will be aired live on national channel VTV3.