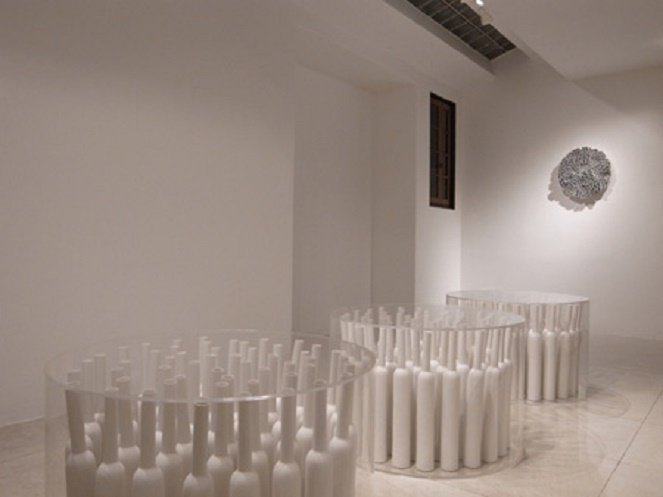 More than 20 artworks, including ceramics and installations, created by two South Korean female artists are being showcased at an exhibit in Hanoi.

The exhibition, titled “Rieng Ma Chung” (Separate but Connected,) opened on Wednesday and will close on January 15 at the Korean Cultural Center, at 49 Nguyen Du Street, Hai Ba Trung District, according to the government’s news portal.

On display are 25 artworks including ceramics, installations, photographs, and sketches created by Baek Jin and Pae Sung Hee.

The artists, in their early 30s, are internationally well known for their innovativeness in the field of ceramics and sketch/installation.

Though the pair’s artistic styles are quite distinctive from each other, their works in the exhibition share a common thread of conveying their meanings and symbolism in all-white artwork.

The display also boasts Baek’s exchange on Thursday with local art students and strolls with the exhibit’s organizer.