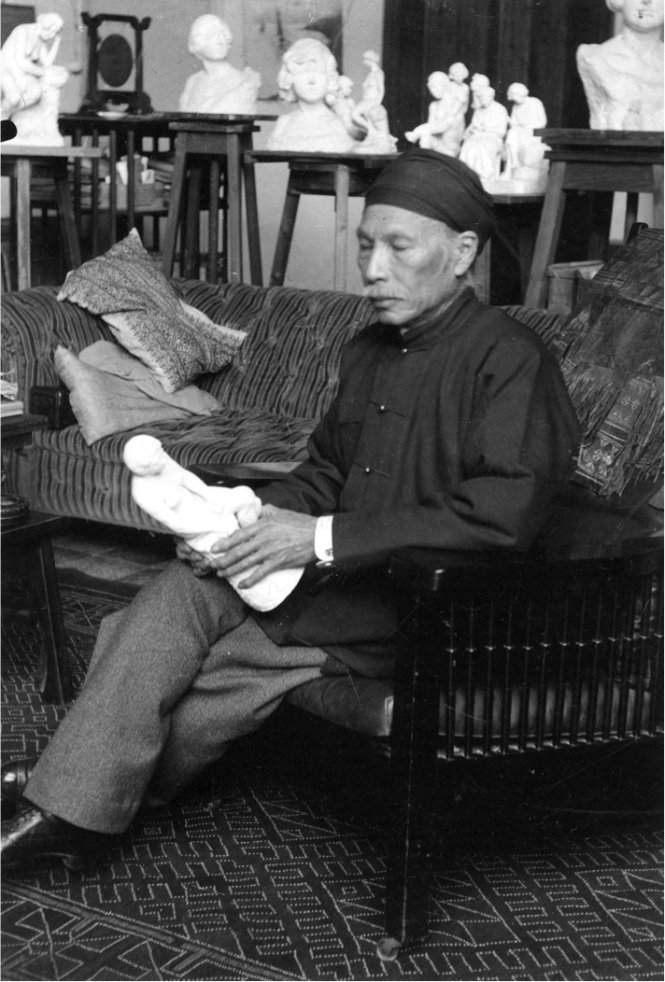 A French postgraduate student of Vietnamese art history will hold a talk in Ho Chi Minh City on Thursday on the art heritage left behind by one of the Nguyen Dynasty’s kings, who is also her forefather.

Amandine Dabat, who is working on her doctoral thesis on Vietnamese art history at France’s prestigious Paris-Sorbonne University, will give a presentation at 3:00 pm at the Ho Chi Minh City General Science Library, at 69 Ly Tu Trong Street, District 1.

The exchange, themed “King Ham Nghi – An Artist’ Life,” will provide an in-depth window into the king’s artistic side and feature several examples from his oeuvre and photos which capture him next to his artworks.      King Ham Nghi (1871-1943), the 8th king of the Nguyen Dynasty (1802-1945), which was the country’s last monarchy, is one of the Southeast Asian country’s three patriotic Nguyen kings who were active in the resistance against French troops at the time.

Dabat, 28, who is the king’s fifth-generation descendant, has been doing exhaustive research on the king’s artistic career for her doctoral thesis over the past five years.

The king’s oeuvre remained hardly known to both Vietnamese and French art enthusiasts until one of his paintings, “Decline du Jour” (Sunset), was auctioned for €8,800 in Paris in November 2010.

The French Consulate General and French Academy of the Far East in the city jointly organize the Thursday exchange between art lovers and Dabat, who is staying in Ho Chi Minh City to complete the final research for her thesis.

“I’ve learned about King Ham Nghi’s artistic life through my family’s heirlooms. Only when I first visited Vietnam did I begin to take full pride in being of his descent,” Dabat told Tuoi Tre (Youth) newspaper.

She revealed that as far as she knew, the king began painting as a hobby only, but once he started, he could paint the entire day.

“He amply painted landscapes in Algeria and France in the Western style, but with a Vietnamese soul,” Dabat noted.

A major chunk of the king’s art heritage, which comes in a wide variety of materials, including oil, plaster and bronze, was annihilated in a house fire in Algeria in 1962.

His remaining artwork comprises around 100 items, which are owned by Dabat’s family and different individuals in France.