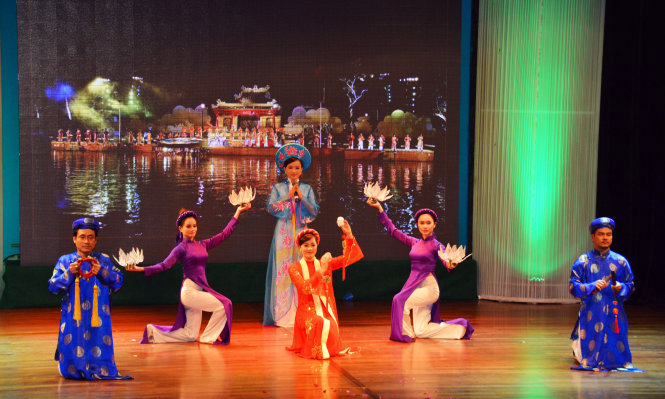 An ASEAN music festival and several performances of a classic play by an eminent American playwright are poised to run in Hanoi and some northern provinces as part of the commemoration of the 20th anniversary of diplomatic relations between Vietnam and the U.S.

The ASEAN Pride Music Festival 2015, in its second edition, is scheduled to run from 1:00 pm to 11:00 pm on June 20 at the American Club, Bar & Restaurant, located at 19-21 Hai Ba Trung Street, Hoan Kiem District in Hanoi, according to the website of the Ministry of Culture, Sports, and Tourism.

Themed “Celebrating Family,” the event is jointly organized by the U.S. Embassy in Hanoi and CAMA Vietnam to mark the two countries’ 20th anniversary of forging diplomatic relations.

CAMA has been doing transformational community development in Vietnam since 1995.

The ASEAN Pride Music Festival 2015 will feature acts, artists and bands from the U.S. and across the ASEAN region, including the U.S.’s Thao & The Get Down Stay Down and American Rose; Malaysia’s OJ Law; and Thailand’s Yellow Fang.

Huong Giang Idol, one of Vietnam’s first and sexiest male-to-female transgender singers, will perform at the event, which also aims to raise awareness of issues related to the lesbian, gay, bisexual and transsexual community.

Vietnamese transgender singer Huong Giang, seen in this file photo, is poised to perform at the ASEAN Pride Music Festival 2015.

Another highlight is a stand dedicated to the Young Southeast Asian Leaders Initiative, U.S. President Barack Obama's signature program which was launched in 2013 to strengthen leadership development and networking in Southeast Asia.

In a similar vein, the U.S. Embassy and Vietnam’s Tuoi Tre (Youth) Theater jointly staged a classic play titled “All My Sons” by revered American playwright Arthur Miller (1915-2005) on Tuesday.

According to the organizer, the play, considered one of the world’s top 100 theatrical masterpieces, was also staged in Vietnam in 2011 under a cultural project co-launched by the U.S. Embassy and the Vietnamese theater.

This year’s play is meant to commemorate its author’s 100th birthday and 10th death anniversary as well.

The U.S. Embassy will organize free “All My Sons” performances at Hanoi universities next month.

The play will also be brought to the northern provinces of Yen Bai, Tuyen Quang and Thai Nguyen on June 8, 9 and 10 respectively.