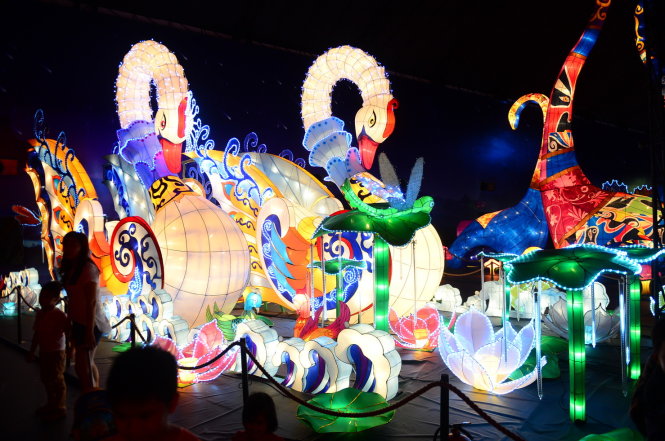 Featuring animal shapes, including dinosaurs, fish, swans, and horses, the colorful artwork has attracted almost1,000 visitors each day to admire and take photos of the installations.

The lanterns stand in a 2,200 square meters area and were made from a fabric-covered steel frame by ten workers over two months.

According to organizers, they exhibit will be on display until October this year.

Along with mooncakes, lanterns are known as an indispensable symbol of the Mid-Autumn Festival.

This year, the joyful event took place on September 15.

Each lantern can be up to eight meters in height. Photo: Tuoi Tre

The lanterns are made from a fabric-covered steel frame. Photo: Tuoi Tre

The lanterns stand on a 2,200 square meters land and feature a number of animal shapes such as dinosaurs, fish, swans, and horses. Photo: Tuoi Tre