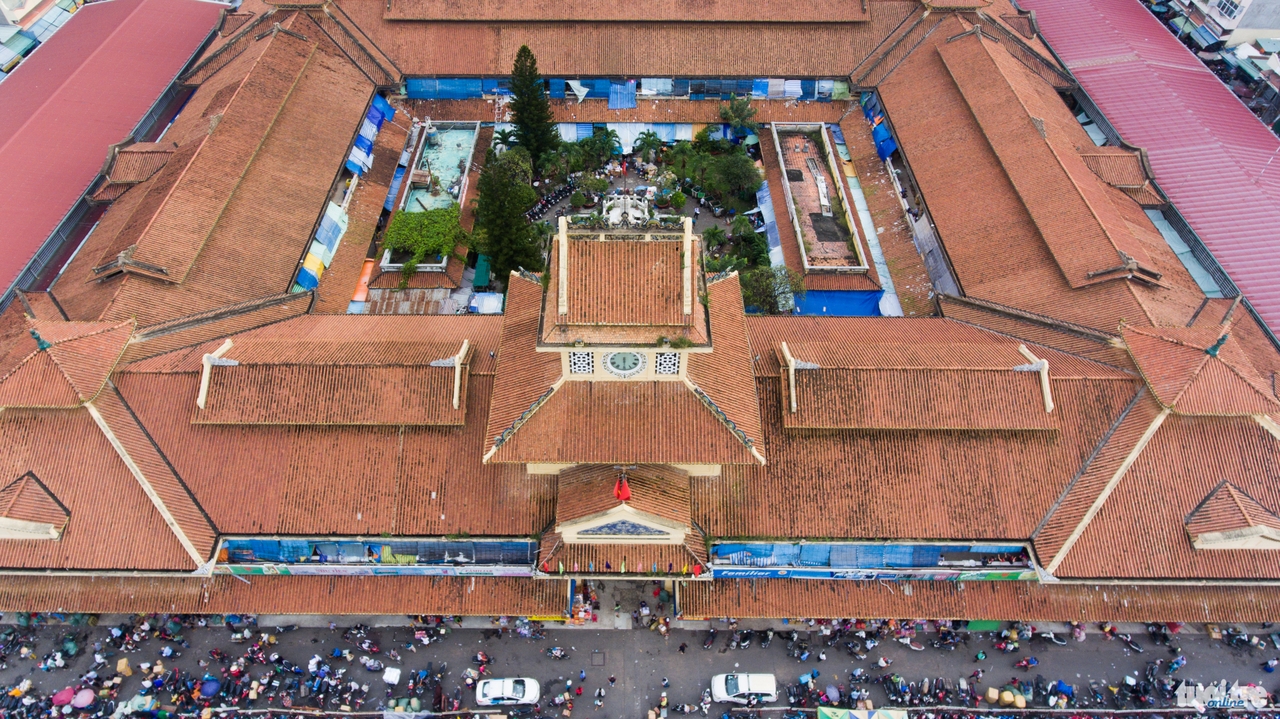 The market was built in 1928, funded by wealthy Chinese merchant Quach Dam, who donated the market to the city administration upon its completion.

Designed by a French architect, Binh Tay Market incorporates both Western and Eastern architectures, with unique multi-layered tile roofs observed in no other markets in the country.

Spanning 2.5 hectares in area in District 6, a neighborhood with an active Chinese-Vietnamese community, the market also has an open garden in its middle where a portrait statue of Quach Dam is placed for worshipping.

The upcoming restoration is the most comprehensive project of this nature done on the market since its construction, with two previous restorations in 1992 and 2006 carried out at a much smaller scale.

All damaged fixtures in the market will be restored and replaced using the same materials as the originals, while the architectural components will be left untouched to preserve the market’s design.

Binh Tay Market was listed as a national relic of architecture and arts in 2015 by the Ho Chi Minh City Monuments Conservation Center.

Have one last look at the archaic beauty of Binh Tay Market in these photos taken by Tuoi Tre’s photojournalist Thuan Thang  just days before restoration begins on the building.

An aerial view of the garden in the middle of Binh Tay Market.

The French-style clock tower at the front of Binh Tay Market.

Porters carry heavy packages of goods down the stairs inside Binh Tay Market. The market’s first floor was constructed in the 1992 restoration.

A decorative Asian dragon on the roof of Binh Tay Market.

Delicate decorative ceramics on the roof of Binh Tay Market.

A portrait statue of Quach Dam in the garden of Binh Tay Market.

A man is seen through a gap in the wind screen at Binh Tay Market.

A merchant inside Binh Tay Market smiles for a photo.