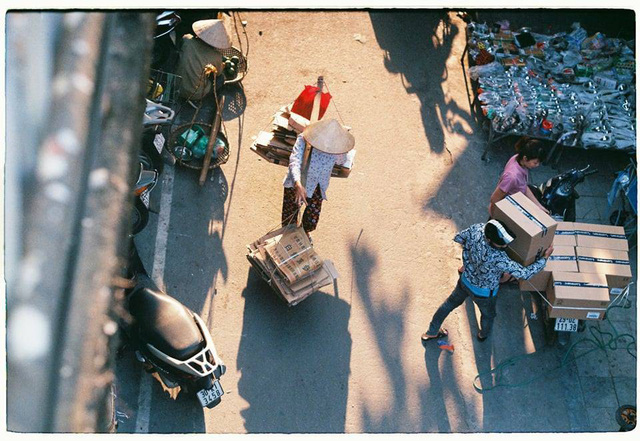 The time-consuming, meticulous art of shooting photos with physical films, or film photography, that was once thought to have seen its final days with the introduction of digital cameras is now slowly getting back in style in Vietnam thanks to the renewed interest of young local.

For these young dreamers, it is worth spending considerably more time on a photo to achieve the finest colors that digital filters just cannot compare.

At a time when taking photos is reduced to a touch on the smartphone screen, to go through all the hassles of shooting with a film camera, having the film developed, and scanning the final photo into a computer is clearly old-fashioned and an unnecessary waste of time.

Public disinterest in film photography led once big players in the industry like Yashica, Minolta and Pentax to fall into oblivion during the 2000s, as brands discontinued the production of more and more photographic films due to plummeting demand.

But it is only human nature to crave for what one lacks.

While people in the past were charmed by the revolutionary invention of digital cameras, those born in the digital age grow ever more curious about the technologies of their parents’ time.

And so they – the nostalgic children of the age of information – pick up the time-worn cameras of their forebears and begin exploring the buttons to manually adjust the shutter speed and aperture – parameters so easily configured with modern cameras’ automatic shooting modes.

Nguyen Tung Lam, 23, said he had been familiarizing himself with film photography since 2010.

After the first year of trying film cameras, the Hanoi-born youth said he never wanted to pick up a digital camera again, as they could never come close to producing the natural and vibrant colors found in film photos.

“Shooting with films makes me feel like I’m actually living in the past,” Lam said.

Film photography requires patience: from picking the right film for a desired color grade and ISO level to loading it into a camera, shooting, developing and scanning to achieve a final product, not to mention the ever-present chance of shooting overexposed photos due to light leaks.

But it is those very delicate details that fascinate film photographers.

“It is always a moment of unspeakable suspense to wait for the final product,” said 21-year-old Tran Quoc Viet.

“As I only know how the photos look like after they are developed, it always appears to me that any photo is unique and singular, and that I can never capture the same moment ever again.

“Film photography not only tests a person’s patience but also their creativity, as there are no filters or alterations that can be added after a photo has been taken.

“It is not only a matter of skill, but also of emotion.”

‘Film is not dead’

Film Photo Club – a Facebook group with over 48,000 members who are passionate film photographers in Vietnam – is proof of the art’s revival in the Southeast Asian country.

Photos bearing the colors of the 70s and 80s are easy to be found on the group, taken and shared by youths who had not even been born during that time.

“We choose our film cameras like we would our lovers,” Lam said.

“There must be some kind of bond and sense of personal attachment.

“Film cameras detach themselves from the rise of digital technology.

“No matter how many new digital cameras are produced, film cameras will never lose their value.”