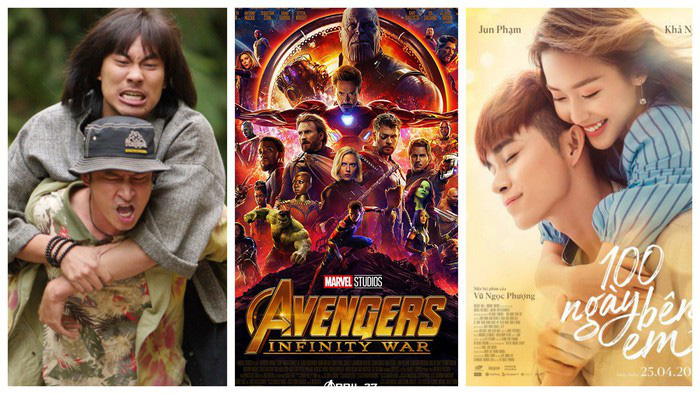 ​Should Vietnam’s film industry be protected?

The dominance of Avengers: Infinity War on Vietnamese widescreens since its release on April 24 has left Vietnam’s film industry worried about how it will continue to compete with major Hollywood blockbusters.

Avengers: Infinity War set the record for the highest box office revenue recorded in an opening day in Vietnam, topping more than VND30.5 billion (US$1.3 million) in ticket sales.

The blockbuster raked in an overwhelming revenue of VND100 billion ($4.4 million) in its first five days alone.

100 Ngay Ben Em (100 days of sunshine) and Lat Mat: 3 Chang Khuyet (Imperfect Trio), two Vietnamese films released around the same time, were considered top quality but still had long shot chances to hold their own against a major Hollywood blockbuster.

The meager revenues homegrown films are bringing in compared to foreign mega-pictures have sparked the question in the inner circles of Vietnam’s film elite: “Do Vietnamese movies need a protection policy?”

A grasshopper kicks an elephant

Hollywood’s success is owed to nearly a hundred years of development, production budgets reaching as high as several hundreds of millions of dollars, and competitive global advertising campaigns.

South Korean films, and more recently Chinese productions, are able to maintain mild competitiveness with the support they receive from state-run organizations and budgets which can also occasionally reach into the hundreds of millions of dollars.

Paling in comparison are Vietnamese films, with meager production budgets topping at $1 million and little-to-no support from the government and domestic audiences.

Tuoi Tre (Youth) newspaper met with Vu Ngoc Phuong, the director of “100 days of sunshine” to discuss why he believes Vietnam’s film industry can compete against global film franchises.

Phuong, a Marvel fan himself, said he knew Avengers: Infinity War would be a hit, but not allowing audiences the opportunity for a choice in their film selections would be a mistake.

Taking that, and figures from past years into account, he decided to release his film in the hope of providing alternatives to domestic audiences during the long holiday.

The issue of protecting domestic production houses has been discussed in the past, but government agencies have yet to take action, leaving Vietnam’s industry without many allies in their fierce competition to stay above water.

“For Vietnamese cinema to develop, it is necessary to develop a policy to protect domestic cinema in accordance with signed international trade agreements, similar to what South Korea and China have done,” she said.

“In many countries, in addition to complying with the law and international commitments, ‘technical barriers’ are set up to regulate the number of domestic films released each year, the number of sessions for each film will be shown, and the film schedule,” Nhiem explained.

“A percentage of taxes from ticket sales is also taken for reinvestment in domestic films.”

“Hollywood movies such as Kong: Skull Island wouldn’t cause such hype if they weren’t shot in Vietnam,” he said.

“Western movies shown in Vietnam only seek to entertain. They present very biased views about the world that can be misleading to audiences. Vietnamese films can use these weaknesses to find a market niche to reach consumers,” he continued.

Many viewers also think that Vietnamese films should be protected.

One Tuoi Tre reader commented “If you do not watch and don’t support [Vietnamese movies], where will they get the money or revenue to make better films?”

Other readers agreed that in the era of the ‘flat world,’ competition is fair, but Vietnamese should show national spirit by putting their money where their mouth is and supporting their country’s products.

Produces will then use that support as the motivation to continue investing money and effort into newer, better projects.

Readers also showed their support for adopting policies already imposed by other countries, such as South Korea’s support for its domestic films and success they’ve seen because of that support.

The Hallyu, meaning ‘Korean wave,’ is the resulting effect of South Korea’s support for its film industry and the ensuing economic and political benefits.

Though readers don’t expect Vietnamese movies to mirror their South Korean counterparts, there is hope amongst Vietnamese that the industry will develop to the point that good stories are produced relating to Vietnamese history and national heroes.

The better is the chosen

Vietnamese movies compete with American films for ticket purchases. Since audiences choose the movies that appeal to them the most, choosing a film based solely off its country of origin is rare.

A reader nicknamed Ly Thong commented: "The price is same but the quality gap is too big. You don’t need to be a genius to know what movie ticket you should buy."

Reader Vo Thi Nhi Ha also opined that the quality of Vietnamese films is too low, advising Vietnamese producers to: "Try to make films as good as Marvel, I will go to watch them whatever price they are."