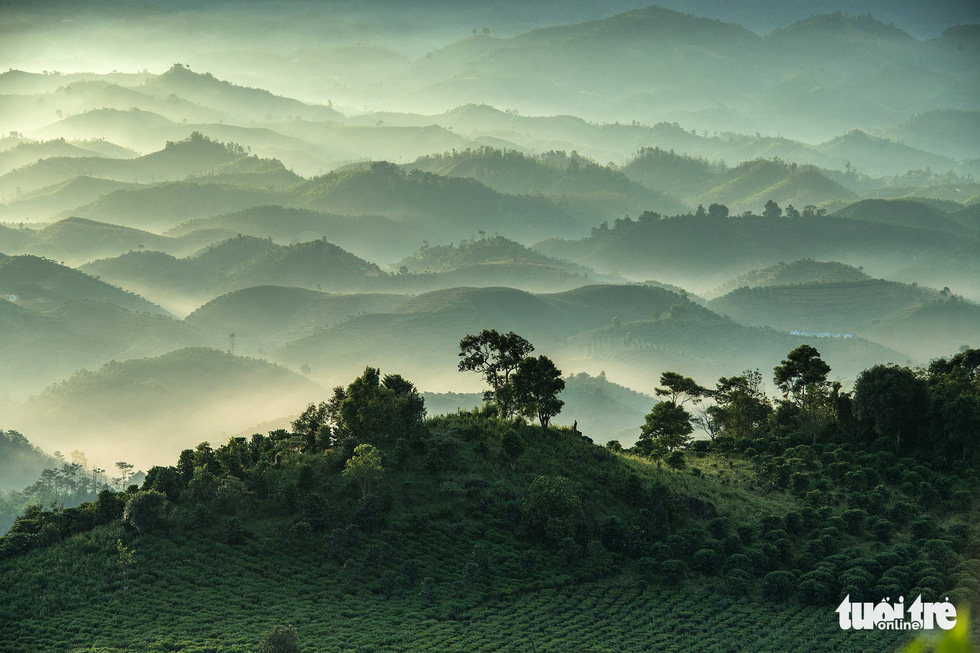 As tourists flock to Da Lat in the Central Highlands region of Vietnam to enjoy the city’s most beautiful time of the year, they tend to overlook its twin sister Bao Loc, a forgotten paradise that’s on par with Da Lat in terms of beauty, but without the hassle.

It is 190 kilometers north of Ho Chi Minh City, or 120 kilometers closer to the southern metropolis than Da Lat.

The relatively close distance of Da Lat from Ho Chi Minh City, and most importantly its established reputation as a perfect summer hideout, made it a more preferable choice for holiday seekers over Bao Loc.

However, those who take a chance on Bao Loc rarely regret their decision.

The city welcomes its visitors with untouched beauty and heavenly landscapes that are rarely seen even in Da Lat, where urbanization are slowly take its toll on the city’s beauty.

Bao Loc’s beauty if for the soul rather than the eyes, as it has no more tourist attractions than can be counted on one hand.

Its hillsides are not littered with flower-growing greenhouses, and vast swaths of green forest, soaked in creamy clouds, bring calmness to even the most adventurous souls.

Vantage points in Bao Loc are popular spots for professional and amateur photographers looking for a brilliant shot.

It is said that those who spend a night in Bao Loc often find themselves waking up in a paradise on Earth.