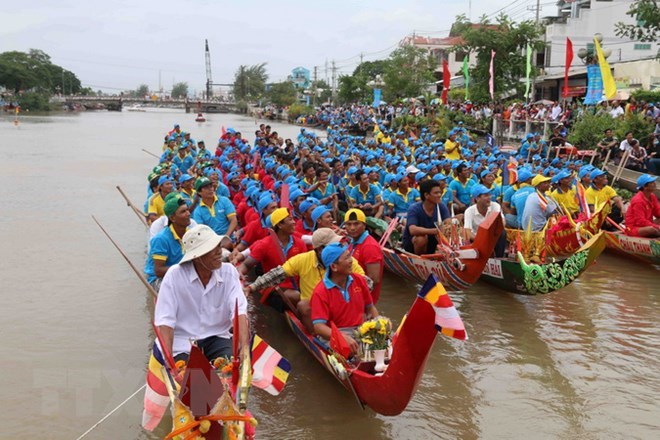 Ooc Om Bok Festival, or the Festival of Worshiping the Moon, is poised to begin in the southern province of Soc Trang this Friday, featuring a wide variety of activities to celebrate the traditional Khmer festival.

The highlights of the November 16-22 event include a moon-offering ritual, lantern-release ceremony, photo exhibition, Khmer traditional dance festival and trade and cuisine fair, according to the Vietnam News Agency.

Another must-see activity of the week-long festival is the Ngo boat race, taking place on November 21 and 22, which will see competition between 48 teams from Soc Trang, Bac Lieu, Ca Mau, Hau Giang and Vinh Long, all Mekong Delta provinces.

The Ooc Om Bok Festival is held in a bid to preserve and promote traditional values of Khmer people while popularizing local strengths in economy, culture and tourism, the Vietnam News Agency quoted Danh Phuong, deputy head of the board for ethnic minority affairs of Soc Trang province, as saying.

Ooc Om Bok is among the three main festivals, besides Sene Dolta and Chol Chnam Thmay, Khmer people celebrate every year. It begins around 7:00-8:00 pm on the evening of the 14th of the tenth lunar month when the moon’s position is high in the sky.