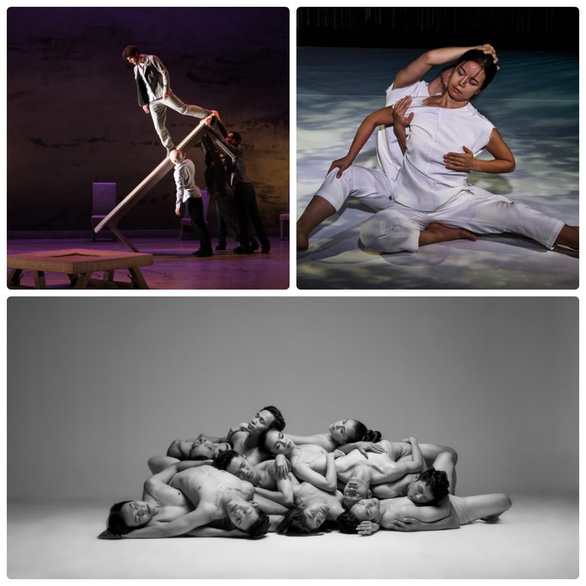 A dance festival will take place in Ho Chi Minh City and Hanoi next month, featuring performances and other activities by Vietnamese and international artists, the organizers said on Tuesday.

The Krossing Over Arts Festival (KOAF) 2019, the third edition of its kind, will treat audiences in the two Vietnamese cities to 11 contemporary dances, the French Institute in Vietnam, which co-organizes the event with Kerman Company, said at a press conference in Ho Chi Minh City.

The performances will be staged at 15 different venues in Ho Chi Minh City from April 5 to 11, and in Hanoi from April 13 to 21.

Other activities, including screenings of short films, artist talks and workshops on contemporary dance, will also take place during the festival, according to the organizers.

“Embracing the theme ‘The Roots,’ site-specific and onstage works presented at this year’s festival open a wide spectrum of imagery from the part of a tree that grows deeply into the earth to the metaphorical link to our ancestors,” a post on the Facebook page of the event reads.

The theme is also the title of one of the festival’s highlights - The Roots, a hip-hop performance composed by choreographer Kader Attou, the honored guest of Krossing Over 2019.

The Roots is an expressive work that explores and unearths pieces of the evolution of hip-hop, the progression of Attou’s company and the journey of its dancers and their strengths.

The performance has been staged in many cultural cities around the world, including Paris, Brussels, Dusseldorf, Oslo, New York, Boston, Taipei, Hong Kong, Beijing and Shanghai, winning international recognition.

KOAF was launched in 2017 by choreographer Sébastien Ly with the support from the French Institute in Vietnam.