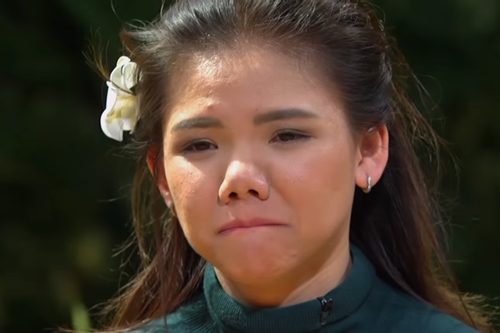 19-year-old Vietnamese eliminated from American Idol after showcase round

The fairytale-like run at the American Idol 2019 has stopped for Myra Tran, a 19-year-old Vietnamese girl who emerged as a phenomenon of the 17th edition of the U.S. music talent show, as she could not pass the Showcase Round aired on Sunday (local time).

Myra Tran, whose real name is Tran Minh Nhu, wowed millions worldwide with her audition at the American Idol contest in early March, when she captivated judges by covering One night only by Jennifer Hudson.

As the video of her performance was viewed 1.5 million times on the program’s official Facebook page, more than what was garnered by any other contestant appearing in the first episode of the show, it had been expected that the Vietnamese teenager would go even further at the competition.

However, Nhu’s journey ended sooner than expected as she failed to make it to the Top 20 finalists after the Showcase Round involving the top 40 contestants aired yesterday in the U.S.

Nhu chose How far I’ll go, a song from Disney's 2016 animated feature film Moana, to perform, but it was apparently a wrong choice for the young Vietnamese girl as judge Lionel Richie assessed that “it was a tough song."

“It was a bit over,” judge Katy Perry added.

According to Richie, the song could not show 100 percent of her capability, compared to performances by other competitors that day.

“Unfortunately, it will not take you to the next stage of this competition,” the judge said as he made the final conclusion in the assessment session for Myra Tran.

The 19-year-old could not stop crying while listening to comments from the judges and even after that, despite the embrace of other contestants.

After leaving the American Idol stage on Sunday, Nhu wrote on her Facebook account that she felt lucky to make it to the competition’s Top 40.

“One door has closed, but I always want to continue to open another door,” Nhu wrote in Vietnamese in her Facebook post.

“Each stop is a milestone, and this is a valuable milestone that I will not forget.”

Myra Tran said she happened to learn about registering for American Idol 2019 when she was doing the shopping at a market with her father in the United States.

The 19-year-old girl, who comes from the Mekong Delta province of An Giang, has been in the U.S. for a year now with her parents and younger brother.

American Idol is a music talent show founded by Simon Fuller in the U.S. in 2002.

It is one of the most successful scouting programs in American television history, having discovered and promoted many hidden talents.