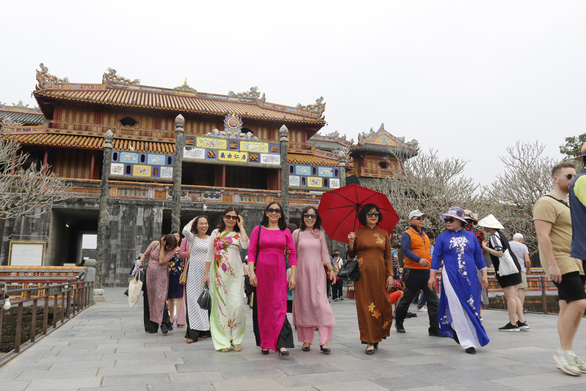 Phan Ngoc Tho, chairman of the provincial People’s Committee, has directed the Hue Monuments Conservation Center to make residents and visitors aware of the free-entrance offer.

Both Vietnamese and international tourists currently have to pay for entrance tickets to relic sites in Hue.

Earlier this year, the Hue Monuments Conservation Center also launched a similar campaign to offer free entrance to female visitors who donned the ‘ao dai’ to the Hue relic sites on March 7-9 as a way to honor women on the International Women’s Day (March 8).

The 'ao dai' is a Vietnamese national garment, worn by both sexes but now most commonly worn by women. In its current form, it is a tight-fitting silk tunic worn over trousers.

Hue City, famous for being Vietnam’s former capital during the Nguyen dynasty - the country’s last dynastic reign, has attracted more than 3.4 million visitors so far this year, according to the Department of Tourism of Thua Thien – Hue.

Of the 3.4 million visitors, 1.4 million were foreigners, an 8.7-percent growth from the same period of last year.