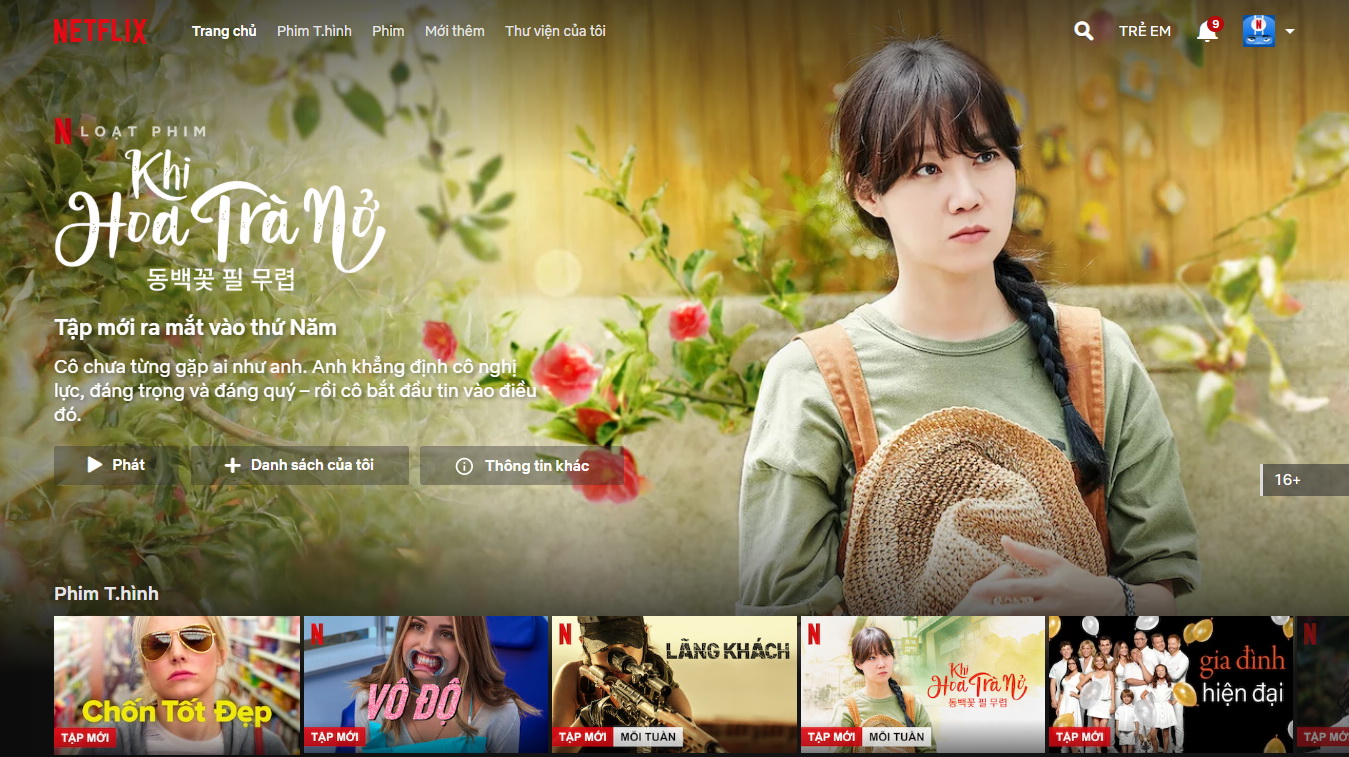 American streaming service Netflix on Wednesday launched a Vietnamese-language interface aimed at boosting its subscriber base in Vietnam.

The launch came three years after the company first entered Vietnam as part of a major global expansion initiative in 2016.

The new interface includes an extended number of films and TV programs with Vietnamese subtitles and voice-overs.

“By engaging with consumers in their preferred language, Netflix becomes more accessible and relevant to consumers," stated Jessica Lee, Netflix vice-president of communications for Asia.

"We are delighted that our Vietnamese members can now enjoy the Netflix service in their local language.”

Hai Phuong (Furie), a 2019 action blockbuster that shattered box office records in Vietnam, has been available for streaming through Netflix in over 100 countries from May 22.

Subtitles for Furie are now available in 17 languages on Netflix.

The California-based company offers subscription-based streaming service which allows subscribers to stream from a massive library of films and television programs, including those produced in-house.

Netflix had more than 151 million subscribers worldwide as of October 2019, the company announced at the Vietnam launch event.

However, a Netflix representative has refuted media reports that it has 300,000 subscribers in Vietnam.

“[The actual number] is much less than 300,000,” Pradon Sirakovit, Netflix communications manager for Thailand and Vietnam, told Tuoi Tre (Youth) newspaper, without clarifying the statistics.

Last month, the Vietnamese broadcasting watchdog asked TV manufacturers to disable access to Netflix on their smart TVs, accusing the streaming service of failing to comply with regulations on content management.

Regarding this issue, a Netflix representative told Tuoi Tre the company was still educating itself on the Vietnamese market and its particularities in order to properly revise its model for the country.

Netflix said it is also working with Vietnamese tax authorities concerning the company’s tax responsibility in the Southeast Asian country.