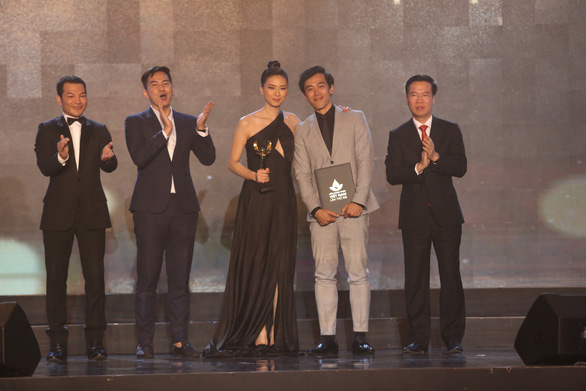 The 2019 Vietnam Film Festival, held in southern Vietnam’s Ba Ria – Vung Tau Province, wrapped up its 21st edition on Wednesday night with an awards ceremony honoring excellence in the country’s cinematic achievements over the past year.

The four-day festival drew nearly 4,000 visitors to the festival’s 104 film screenings at the four cinemas in Ba Ria and Vung Tau Cities, where the event was hosted.

Wednesday’s awards ceremony was preceded by a red carpet event that lasted over an hour as nominees posed for photos and greeted fans on their way into the venue.

While the event recognized artistic merit in several categories, it was clear that the Golden Lotus award – the highest prize awarded to a film at the festival – was the most anticipated of the night and fans were pleased when Song Lang (The Tap Box) was, deservedly, announced the winner.

Song Lang’s director, Leon Le, was presented with the Award for Best Director for his work on the film.

Below is the winner list in the remaining categories: