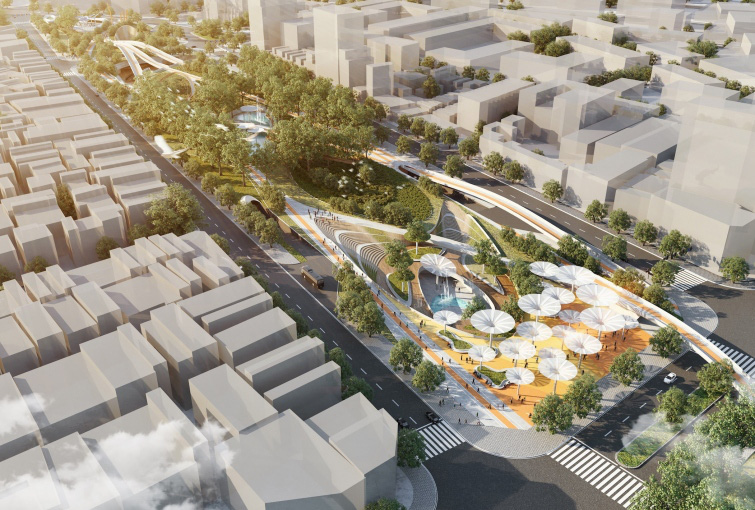 A project to renovate 23/9 Park in downtown Ho Chi Minh City has been selected as the Future Project of the Year by an annual architecture award contest.

Future Project of the Year is one of ten award categories of the Ashui (Architecture, Sustainability, Housing, Urbanism, Interior) Awards.

The joint venture between Australia’s LAVA Company and ASPECT Studio, designers of the project, will receive the prize during a ceremony in Hanoi on January 11.

Launched in 2012, the Ashui Awards is an annual event organized by Ashui Vietnam Corporation to honor the best in the fields of architecture and construction.

Developed by the Ho Chi Minh City People’s Committee, the project on renovating 23/9 Park is expected to become the city’s most modern work in early 2020, creating a public space with architectural highlights for both local residents and visitors.

The design of the renovated park focuses on four elements, namely nature, people, the past, and the future.

The majority of areas within the park will be reserved for trees, gardens, and water fountains.

Tree-shaped structures will be built to store rainwater, which will then be used for watering plants and firefighting efforts, as well as for ventilating and cooling the park.

Several other ‘trees’ will act as solar panels and provide energy for digital information screens, charging stations, and Wi-Fi hotspots.

The underground section of the park will be connected with the under-construction metro line No. 1.

There will be underground parking lots and shopping centers as well.