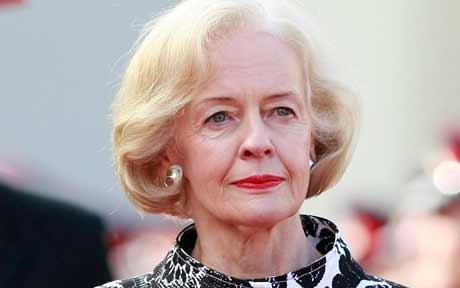 At the meeting with the outgoing Vietnamese Ambassador to Australia Hoang Vinh Thanh in Canberra on Friday, Governor-General of Australia Quentin Bryce said she is delighted at the strong development of relations between the two countries.

>> Vietnam, Australia vow to boost defense ties The host highly valued Ambassador Thanh’s efforts in strengthening the bilateral comprehensive partnership, and expressed her hope that in his next post, Thanh will further contribute to boosting the ties between Vietnam and Australia.

She also reiterated her impression on Vietnam’s social and economic development in the recent time, and praised contributions made by the Vietnamese community in Australia to promoting the friendship between the two nations. Meanwhile, the Vietnamese diplomat praised the two governments for their endeavors in implementing the comprehensive partnership in all fields, from politics, economics, culture, education, tourism to security and defense.

The ambassador also said that Bryce’s visit to Vietnam in 2011 was an important event to reinforce and foster cooperation and mutual understanding between Vietnam and Australia.

Particularly, economic cooperation between Vietnam and Australia has seen a strong development as the two-way trade increased from AU$3.3 billion in 2009 to AU$6 billion in 2013.

The governments of  two countries should continue to create favorable conditions for their businesses to expand trade and investment cooperation in the coming time, the ambassador said.