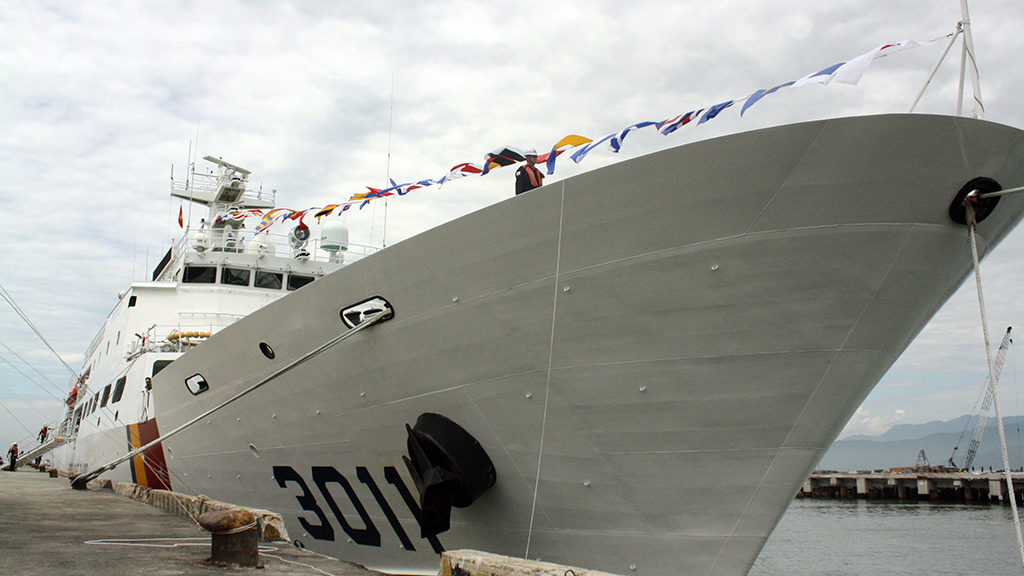 Vessel Badaro of South Korea’s coast guard force arrived in the central Vietnamese city of Da Nang on Monday, commencing its four-day visit to the city.

The training ship carried a crew of 145 officers and 44 sailors headed by Kim Dong Jin, head of human resource at the Korea Coast Guard Academy.

The welcoming ceremony was held in the presence of Vietnamese coast guard officers and city officials.

During their stay in Da Nang, crew members of vessel Badaro will join courtesy meetings with leaders of Da Nang and conduct exchanges with the High Command of Vietnam Coast Guard for enhanced bilateral relations.

At its meeting with the South Korean ship, the administration of Da Nang expressed its high regard for the practical and effective friendly cooperation between the two countries’ maritime forces.

It called for continued deepening of bilateral cooperation, including exchange of experience in the fields of search and rescue, the safeguarding of maritime security and safety, and others.

This is the second time vessel Badaro has visited Da Nang following its first arrival in 2016.

Barado (3011 HAM) is a training ship commissioned by the Korea Coast Guard.

The vessel has a deadweight tonnage of 4,292 metric tons, measuring 121 meters in length and 16 meters in width.

It is equipped with a range of modern weapon systems for both training and engaging purposes.

According to Da Nang’s Department of External Affairs, Badaro’s visit is held ahead of the 25th anniversary of Vietnam-Korea bilateral diplomatic relations on December 22.