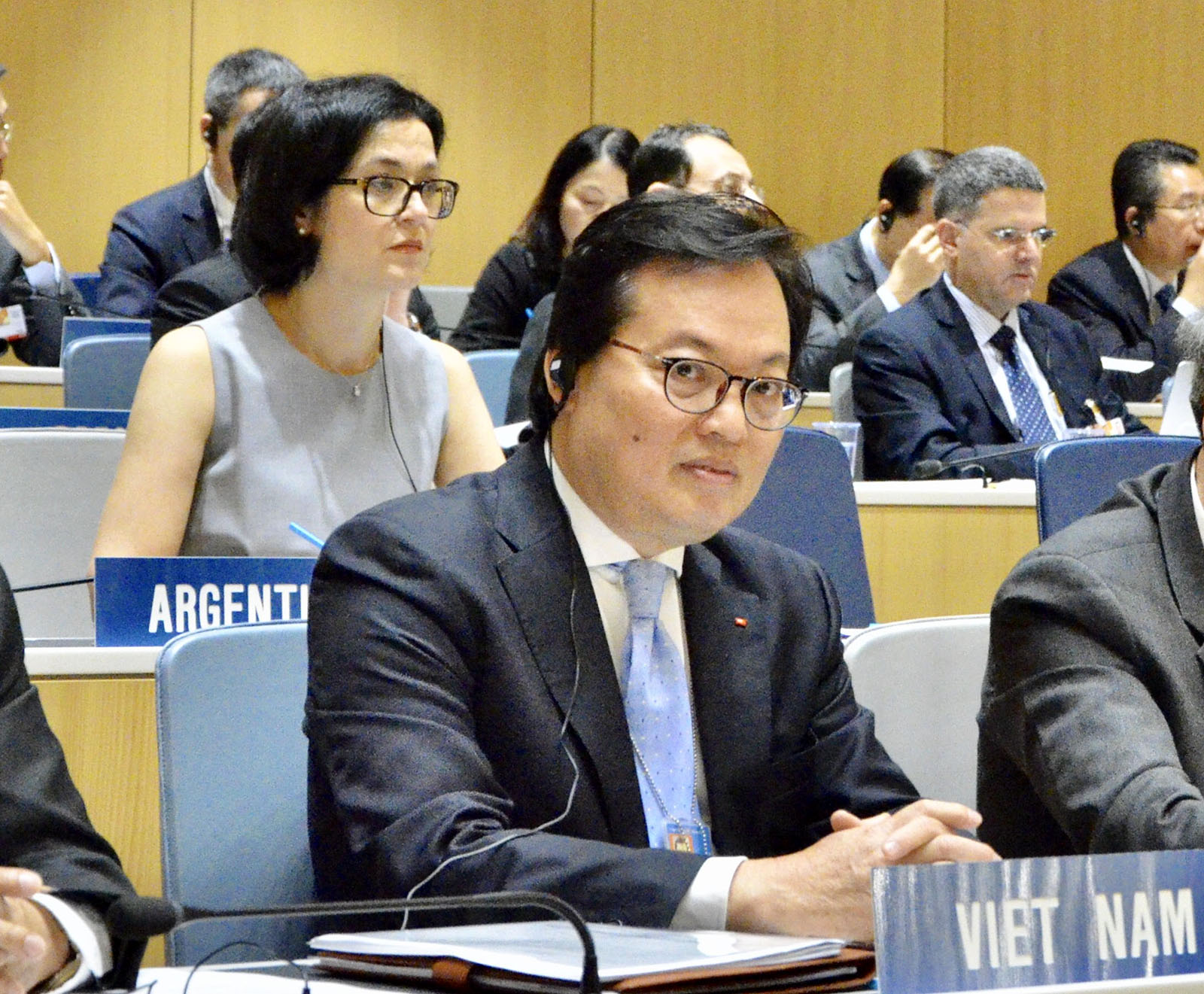 Vietnamese Ambassador Duong Chi Dung has been voted in as chairman of the World Intellectual Property Organization (WIPO) General Assembly for the 2018-19 tenure.

Dung, who is head of Vietnam’s Permanent Mission to the United Nations, the World Trade Organization and other international organizations in Geneva, was elected by representatives of 191 member nations during the WIPO General Assembly’s 49th session in Geneva, Switzerland on Monday.

The Vietnamese diplomat was the candidate from the Asia-Pacific region, which hasnot had a representative serving as chairperson of the WIPO General Assembly for 12 years.

Speaking at the gathering, Ambassador Dung said his election with the support of all 191 member countries proved the body’s trust in Vietnam.

It was also the result of active contributions made by the Vietnamese mission in Geneva to WIPO’s activities, he added.

Founded in 1967, WIPO is one of 16 specialized agencies of the United Nations.

The organization currently has 191 member countries, with Dr. Francis Gurry being the Director General.

The WIPO General Assembly is the highest authority in approving decisions and policies, appointing the director general, and other essential activities.

WIPO is the first and most important partner of Vietnam in terms of international cooperation in the field of intellectual property.