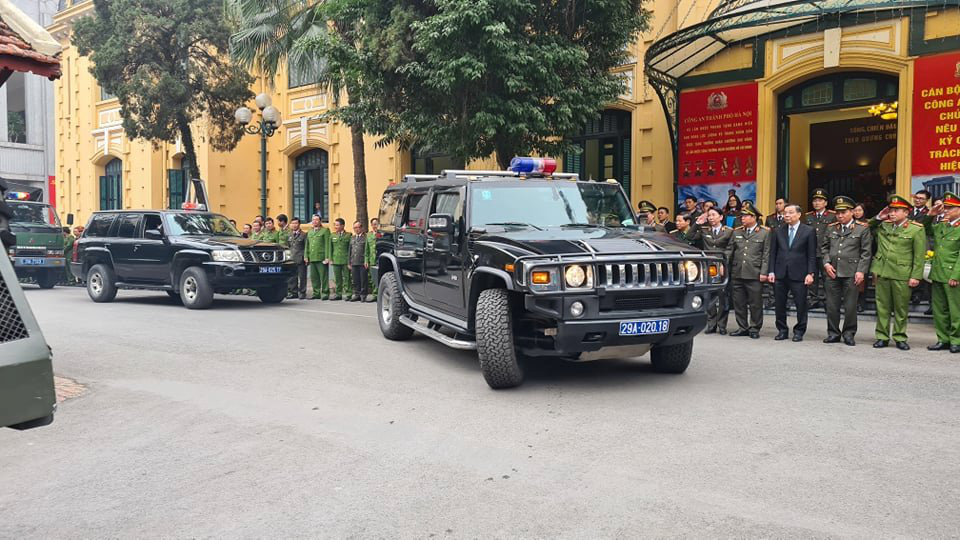 The Hanoi Department of Public Security will mobilize 100 percent of their personnel to ensure around-the-clock safety during the upcoming 13th National Congress of the Communist Party of Vietnam.

The municipal police forces on Wednesday held a ceremony to begin the implementation of plans aimed at ensuring security and order during the 13th National Party Congress, which is scheduled for January 25-February 2.

A command committee for protecting the Congress has been established, and specialized groups have also been formed to stay ready for security missions.

Speaking at the event, Major General Nguyen Hai Trung, director of the Hanoi Public Security Department, ordered all units to complete all missions and plans in a responsible and effective manner.

Officers under the department will coordinate with the military, the Ministry of Public Security, and relevant municipal agencies to maximize order and security for the Congress.

All of the department’s officers, units, and vehicles are ready to perform their tasks, Trung stated.

Thousands of officers will be mobilized to ensure 24-hour safety during the grand event, he added.

According to Deputy Minister of Public Security Bui Van Nam, Hanoi’s police should pay special attention to current situations to promptly detect, prevent, and disable any conspiracies and activities by hostile and reactionary forces as well as other crimes during the Congress.