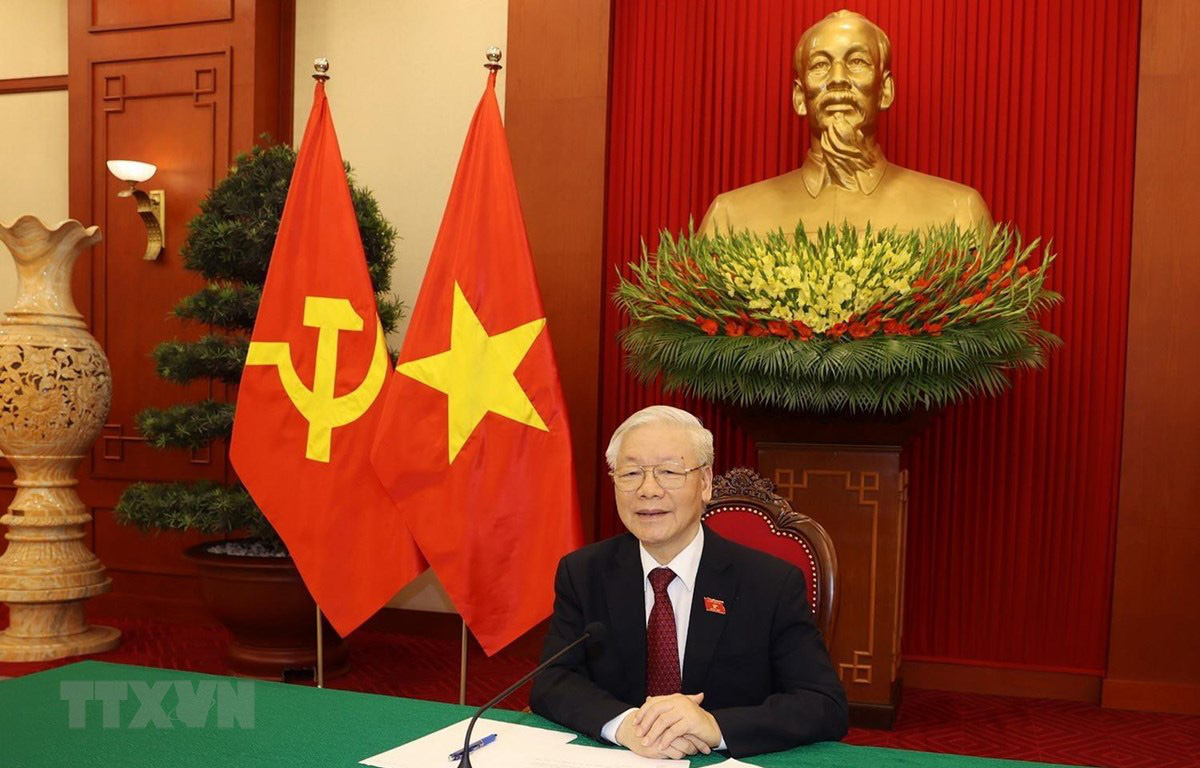 During the conversation, General Secretary Trong told President Putin about the outcomes of the 13th National Party Congress ending in February, Vietnam’s progress after 35 years of national reform, as well as the country’s visions, targets, and orientations for future development.

The Vietnamese Party and state always treasure the traditional friendship and comprehensive strategic partnership with Russia.

The Party chief hoped that the bilateral ties will grow fruitfully for the sake of the two peoples and contribute to regional and global peace and development.

President Putin congratulated Trong on his re-election as General Secretary of Vietnam’s Party Central Committee for the 13th tenure and Nguyen Xuan Phuc on his election as State President of the country.

The two leaders highlighted that the Vietnam - Russia relations have been thriving in almost all fields and agreed on taking specific measures to foster cooperation in security, defense, energy, oil and gas, economic matters, trade, education and training, and tourism.

They laid special emphasis on further collaboration in COVID-19 prevention and control via mutual support regarding vaccine research and production.

Vietnam and Russia will continue to collaborate more effectively at regional and international forums for peace, stability, and development in Asia - Pacific and the world. The Vietnamese Party chief took the occasion to invite the Russian president to make an official visit to Vietnam this year.