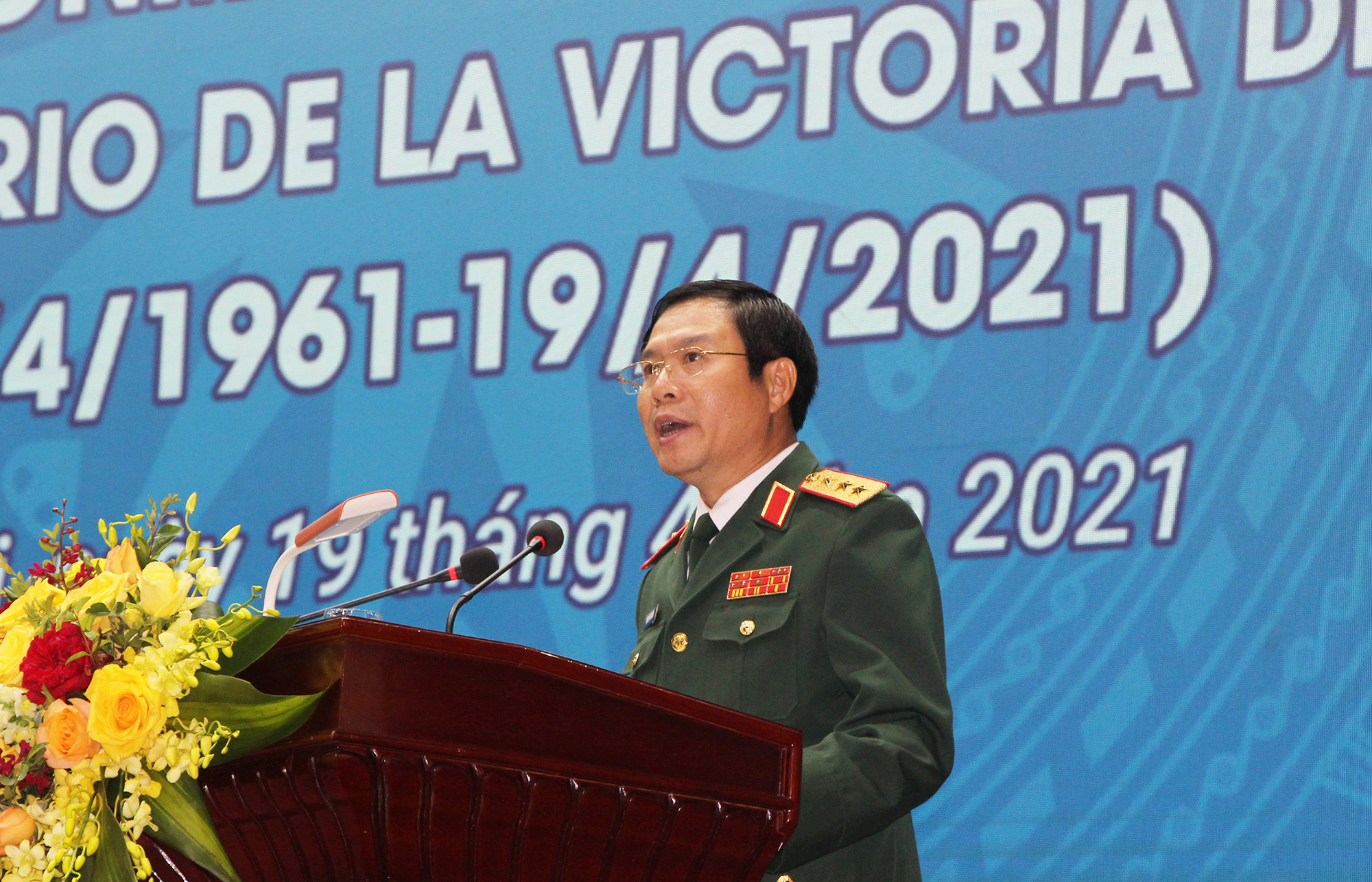 The Vietnamese Ministry of National Defense, in collaboration with the Embassy of Cuba in Hanoi, the Vietnam - Cuba Friendship Association and the Vietnam Union of Friendship Organizations, held a ceremony in the Vietnamese capital city on Monday morning to celebrate the 60th anniversary of Cuba’s Girón victory (April 19).

In April 1961, U.S. troops made an attempt to invade Playa Girón, a beach village over 200km southeast of La Habana (Havana), but they suffered a defeat and were repelled from the island, according to Nhan Dan (The People) newspaper.

Speaking at Monday morning’s event, Senior Lieutenant General Nguyen Tan Cuong, Vietnamese Deputy Minister of National Defense, emphasized that the Girón victory created a great encouragement for the liberation and anti-imperialist movements in Latin America and around the world.

The Girón victory helped firmly defend the Cuban revolutionary government and lead the national revolution forward to the path to socialism.

Besides, Senior Lieutenant General Cuong affirmed the brother-like relationship and comprehensive cooperation between Vietnam and Cuba.

Deputy Minister Cuong, on behalf of the Ministry of National Defense, thanked Cuba for always standing alongside Vietnam since wartime until today’s development phase.

During the COVID-19 pandemic, Cuba has given Vietnam timely support for disease control and prevention.

Along with the people’s diplomacy, bilateral defense cooperation has gradually become an important pillar in the relationship between the two countries, Cuong assessed.

For his part, Colonel Juan Miguel García Montano, a Cuban military attaché, expressed his delight and emotion at the support Vietnam has given to Cuba over the past 60 years, especially in the most difficult periods.

The Cuban military attaché affirmed that the Vietnam-Cuba relationship has been toughened through the time of war and many ups and downs of history, and promoting this relationship is a prerequisite to the foreign policy of both countries.

On the occasion, Deputy Minister of National Defense Cuong also hailed the success of the eighth National Congress of the Communist Party of Cuba that took place from April 16 to Monday.

Cuong said he looked forward to Cuba’s more achievements under the leadership of the new Party Central Committee.