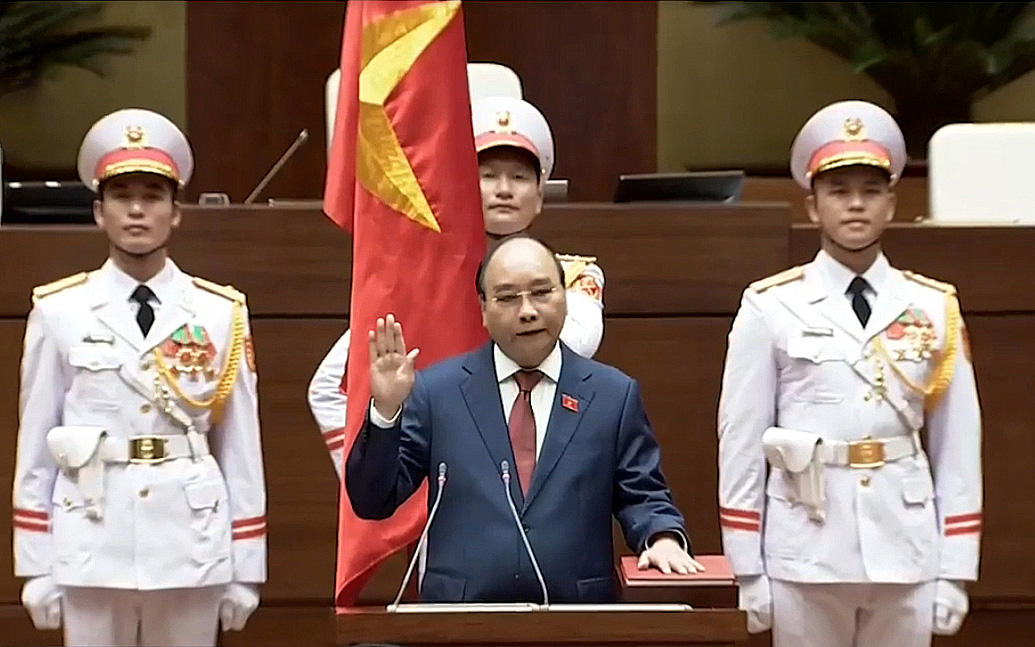 Nguyen Xuan Phuc has been re-elected as Vietnam’s state president during the ongoing session of the 15th National Assembly in Hanoi.

NA deputies cast their ballots to select the country’s state president for the 2021-26 tenure on Monday morning.

A resolution on the election was adopted with all 483 deputies present, or 96.79 percent of the total lawmakers, voting yes, according to the Vietnam News Agency.

The newly-elected state president then took the oath of office under the national flag and in front of the NA and voters nationwide.

“I swear allegiance to the nation, people, and constitution, and will make an effort to complete the missions assigned by the Party, the State, and people,” Phuc said during the televised ceremony.

Delegates are scheduled to vote for the prime minister on Monday afternoon.

The National Assembly passed a resolution to relieve Phuc as prime minister at the end of his five-year term on April 2.

He was deputy secretary of the Quang Nam Party Committee and chairman of the provincial People’s Committee from 2001 to 2006 before ascending the ranks at the central government level.