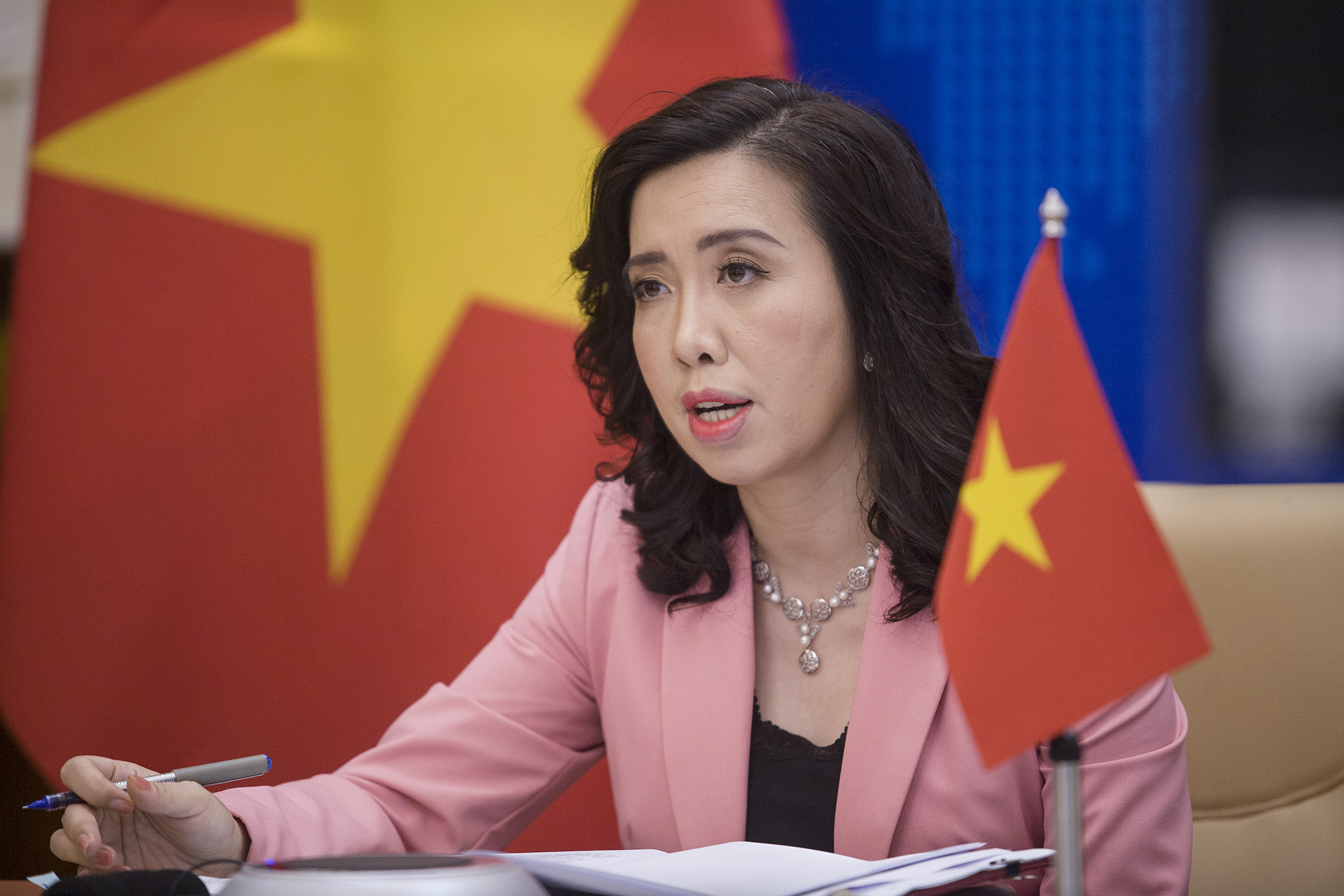 Vietnam has demanded that China stop carrying out a military exercise in the former's Hoang Sa (Paracel) archipelago as the action violates the Southeast Asian country’s sovereignty.

Vietnam has sufficient historical evidence and legal grounds to prove its sovereignty over the Hoang Sa and Truong Sa (Spratly) archipelagoes in accordance with international law, Le Thi Thu Hang, spokesperson of the Ministry of Foreign Affairs, reiterated during a regular press conference on Thursday afternoon.

“China’s military drill in Hoang Sa has violated Vietnam’s sovereignty over the islands and gone against the Declaration on the Conduct of Parties in the [East Vietnam Sea] (DOC),” Hang said.

The action complicated the situation, hampered current negotiations between China and the Association of Southeast Asian Nations (ASEAN) on a Code of Conduct for the East Vietnam Sea (COC), as well as affected the maintenance of peace, stability, and cooperation in the maritime area.

Vietnam required China to respect its sovereignty over Hoang Sa, stop and not repeat similar violations that further complicate the situation in the waterway.

China on Wednesday announced that its military drill would take place from Friday to Tuesday in an over-100,000-square-kilometer area in the northern section of the East Vietnam Sea.

The area includes large parts of the Hoang Sa islands, which belong to Vietnam.

Meanwhile, Chinese Foreign Minister Wang Yi on Tuesday claimed during the ASEAN-China session, part of the ASEAN Foreign Ministers Meeting and related meetings, that the situation in the East Vietnam Sea has been stable thanks to the joint efforts of China and ASEAN.