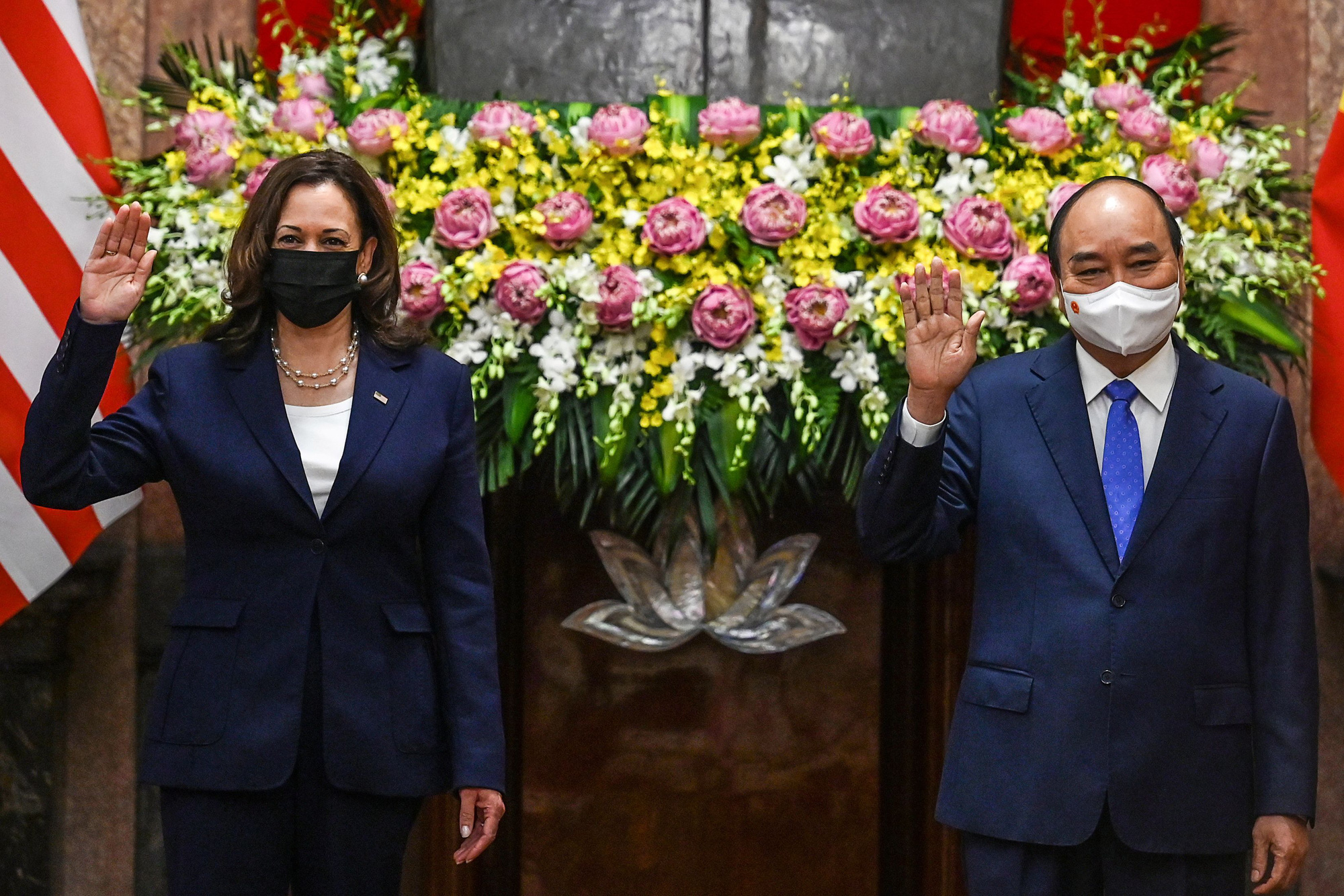 The visit, which ran from August 24 to 26, is the first by a U.S. vice president to the Southeast Asian country.

During the meetings, the U.S. vice president reiterated that the U.S. supports a strong, prosperous, and independent Vietnam, as well as a free, open, healthy, and resilient Indo-Pacific region.

She also announced the donation of an additional one million doses of COVID-19 vaccine to Vietnam and launched the U.S. Centers for Disease Control and Prevention (CDC) Southeast Asia Regional Office in Hanoi.

Regarding economic cooperation, Harris stated that Vietnam has become one of the U.S.’s 10 largest trading partners in the world.

Vietnam's economy plays an important role in the U.S. supply chain, she added.

The vice president added that the U.S. would closely coordinate with Vietnam in maintaining a rules-based international order.

She stressed the importance of strengthening security and defense ties between the U.S. and Vietnam as well as the coordination between the two countries' coast guards.

As part of her trip, Vice President Harris witnessed a ceremony to sign an agreement on the new location of the U.S. Embassy in Vietnam.

During her talks with PM Chinh, the vice president stated that Washington treasures its comprehensive partnership with Hanoi and pledged to continue fostering bilateral ties.

The U.S. government will continue giving priority to reinforcing bilateral relations in economy and trade, climate change, civil space, healthcare and pharmaceuticals, she said, adding that the U.S. will offer further assistance to Vietnam in dealing with post-war consequences, United Nations peacekeeping missions, and improving maritime security and cooperation.

This year marks the 26th anniversary of the Vietnam-U.S. diplomatic relationship.

The U.S. has announced the donation of six million COVID-19 vaccine shots and nearly $44 million worth of assistance to Vietnam since the beginning of the pandemic.