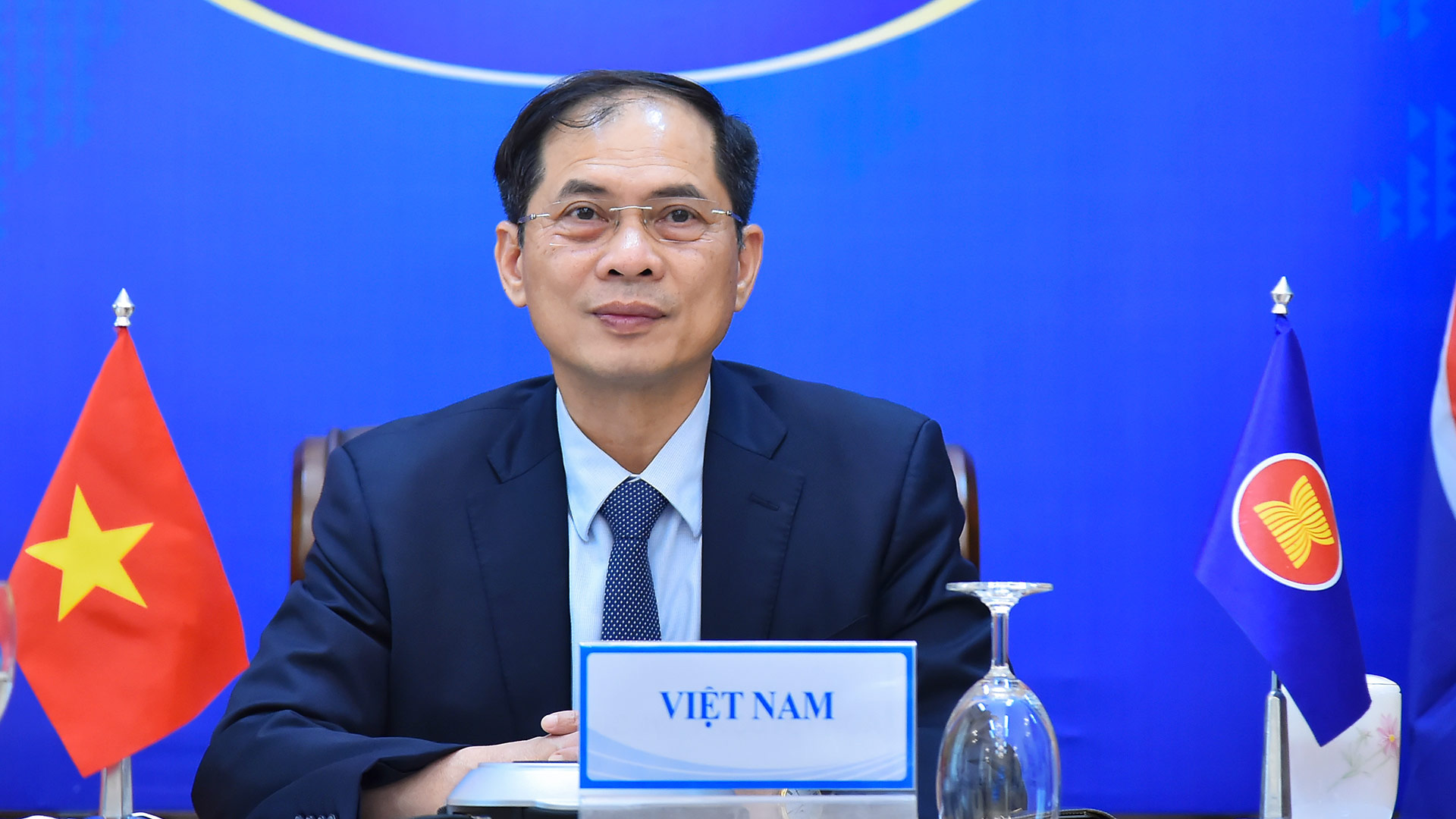 Minister of Foreign Affairs Bui Thanh Son called on Singapore to consider donating or transferring its unused vaccines to Vietnam as soon as possible during a phone talk with his Singaporean counterpart Vivian Balakrishnan on Tuesday.

During the phone talk, Minister Son said he highly valued Singapore’s support for Vietnam, especially the former's commitment to provide the latter with essential medical supplies for the COVID-19 fight.

He highlighted the Singaporean Temasek Foundation’s donation of 16 ventilators and other medical supplies to Vietnam on Monday, describing this as a vivid demonstration of the close ties and strategic partnership between the two countries.

Son congratulated Singapore on the full vaccination of 80 percent of its population, the first country in the world to reach the target, and called on the city-state to consider offering or transferring its unused vaccines to Vietnam as soon as possible, including transferring through the COVAX Facility.

Understanding difficulties caused by COVID-19 in some Vietnamese cities and provinces, the minister expressed his belief that Vietnam will soon put the pandemic under control.

The Singaporean government stands ready to help neighboring countries, including Vietnam, with medical supplies, test kits, and vaccines as soon as it can, he said.

The official hoped that the two sides will soon be able to open their doors, facilitating the travel of their citizens.

In other remarks during their discussion, the two ministers said the two countries should strengthen cooperation in politics, economy, trade, investment, and education-training to promote their strategic partnership.

They also agreed to organize the 14th political consultation between the two foreign ministries at an early date to comprehensively review cooperation areas, creating prerequisites for making preparations for high-level visits in the time ahead.