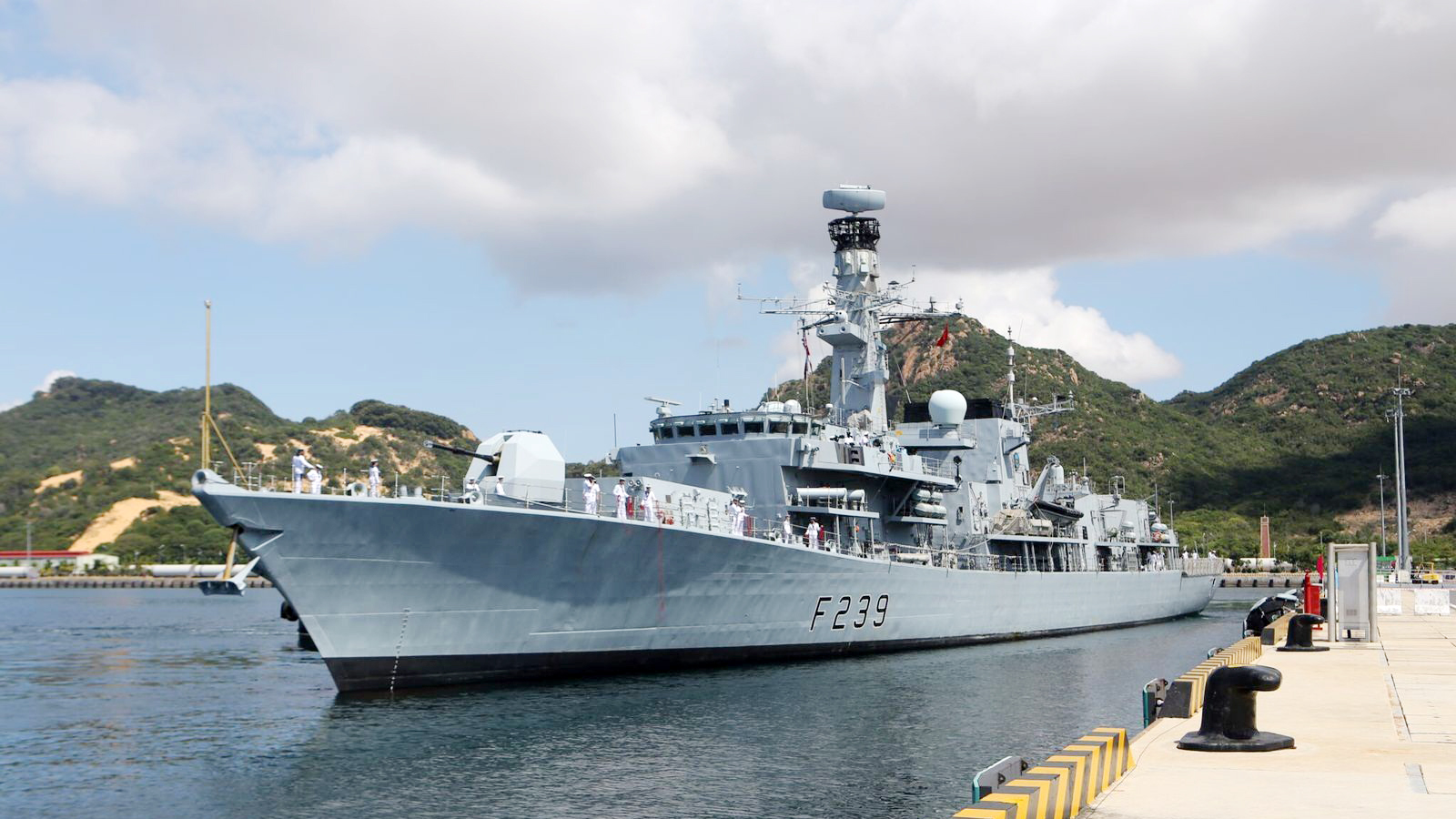 British Royal Navy ship HMS Richmond arrived at Vietnam’s Cam Ranh Military Port on Friday for a four-day visit, during which the frigate will hold a joint exercise with the host’s naval forces.

The UK frigate reached the port in the south-central province of Khanh Hoa two days after it passed through the Taiwan Strait.

The visit marks the 10th anniversary of Vietnam - UK defense cooperation and comes more than two months after the first-ever visit to Vietnam by the UK Secretary of State for Defense Ben Wallace in July.

HMS Richmond is very honored to have an exercise with the Vietnamese Navy at the end of the visit, before it leaves Cam Ranh, Captain Hugh Botterill, the ship’s commanding officer, told Tuoi Tre (Youth) newspaper upon the ship’s arrival.

A joint exercise between the frigate, which is 133 meters long and has a displacement of 4,812 tons, and Vietnamese naval forces will take place on October 4, the British Embassy in Vietnam confirmed.

The East Vietnam Sea, where one-third of global trade goes by each year, is very important to the trade and prosperity of Britain as well as the rest of the world, Captain Botterill said.

The captain said he was extremely proud to accompany HMS Richmond to the Indo-Pacific, contributing to international actions for maritime security and increasing the strategic significance of the UK’s presence in the region.

Being asked why the Vietnam visit was not included in the initial itinerary of the ship, the captain said it was due to confidentiality reasons.

The visit has demonstrated the UK’s commitment to a persistent and reliable presence in the Indo-Pacific, including crucial regional partners like Vietnam, he said, adding that he and the crew were very excited to visit beautiful Vietnam.

This visit indicates that both the UK and Vietnam have stuck to their commitments to consolidate their strategic partnership, the captain said.

The official added he would come back to Vietnam when the COVID-19 pandemic recedes to learn more about the land and people of Vietnam.

Commenting about HMS Richmond’s visit to Vietnam, British Ambassador to Vietnam Gareth Ward said that Britain and Vietnam, both bordering the sea, attach great importance to freedom of navigation, based on the United Nations Convention on the Law of the Sea (UNCLOS) in 1982.

“During my term as a British Ambassador to Vietnam, this is the third visit by a British Royal Navy ship to Vietnam.

“HMS Richmond’s visit reaffirms the UK’s Indo-Pacific tilt and our commitment towards expanding defense relationships with key partners in the region,” The Star quoted the ambassador as saying.