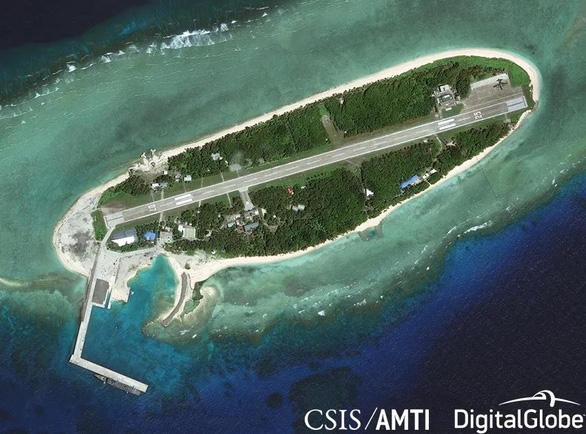 The ministry’s spokesperson, Le Thi Thu Hang, made the statement in response to media’s questions about Vietnam’s reactions to the live-fire drills conducted by Taiwan on June 28 and 29 in the said waters.

They also triggered tensions and complicated the situation in the waters, the spokeswoman stated, adding that Vietnam requests that Taiwan not repeat similar actions in the future.

Vietnam’s stance, which has consistently been affirmed for years, is to oppose any live-fire drills ran by Taiwan in the waters that belong to Vietnam’s Truong Sa archipelago, the spokesperson said.

As reported on Thursday by Taiwanese media, Taiwan’s Coast Guard finished its live-fire exercises around Ba Binh a day earlier.

Taiwanese authorities illegally established a no-fly zone and banned vessels from operating in the waters during the drills.

Taiwan had used domestically developed Kestrel anti-tank guns in the exercises and had deployed such weapons on Ba Binh Island, according to unverified reports.

Ba Binh, the largest natural island in Truong Sa, has been occupied unlawfully by Taiwan since 1956.