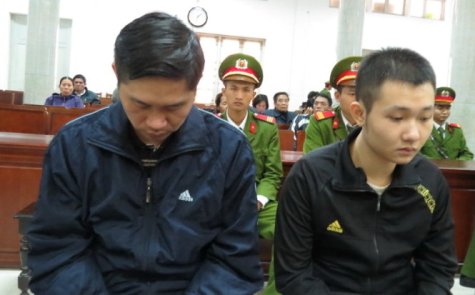 A Vietnam court has sentenced a cosmetic surgeon to 19 years in prison for throwing the body of a female patient into a river after she died during a botched surgery at his private beauty salon in Hanoi last year.

The Hanoi People’s Court gave the sentence to Nguyen Manh Tuong, 41, the owner of the Cat Tuong beauty salon in Hai Ba Trung District of the capital city on Friday.

Tuong was also ordered to pay over VND585 million (US$28,125) in compensation to the family of the victim.

In addition, he will also be banned from practicing as a surgeon for five years after being released from prison.

Dao Quang Khanh, a security guard at the beauty salon, was sentenced to 33 months in jail for helping the surgeon dump the body into the river.

The court found Tuong guilty of two counts, including violating regulations on giving diagnoses and treatment and prescribing medicine; and mistreating dead bodies.

His violations caused particularly severe consequences for society and the family of the victim and stirred up anger among the community, according to the court.

Both the convicts apologized to the family of the victim before the court closed today.

Court judges said that they found no reason to convict Tuong of murder.

In October last year, Tuong, who was then working for the state-owned Bach Mai Hospital in Hanoi, performed a breast implant operation for a female client, Le Thi Thanh Huyen, 38, at his private beauty salon.

After the surgery, Huyen had breathing problems and started foaming at the mouth. Tuong gave her oxygen and other emergency treatment but failed to save her life.

Tuong and Khanh then carried her body in a car to the Thanh Tri Bridge and threw it into the Hong (Red) River.

It took investigators months to find the body of the victim to have evidence for the court.