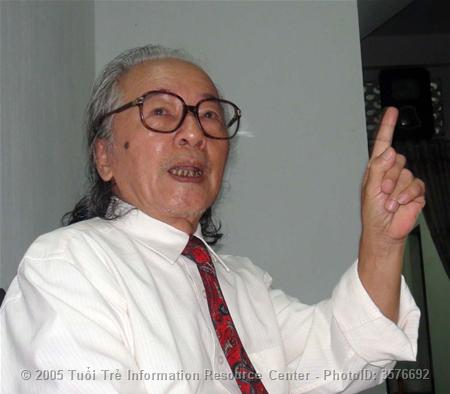 A revered Vietnamese translator/lecturer has been honored with a French order for his academic distinction and efforts in promoting France’s education and culture.

Buu Y was bestowed with an Order of Academic Palms at a ceremony on Monday in Hue City, located in the central Vietnamese province of Thua Thien-Hue.

The honor was presented to Y by the French Embassy in Vietnam.

The ambassador noted that the Vietnamese academic is a great asset and a figure francophone tourists and literati must visit during their trips to Hue.

Founded by Napoleon I in 1808, the Order of Academic Palms is awarded to distinguished academics and figures around the world for their massive contributions in bridging the gaps between their own countries and France regarding culture and education.

Y is a retired lecturer in French linguistics, and dean of the Foreign Languages Faculty at the Hue University of Education.

He is also a veteran translator and culture researcher in Hue.

At the ceremony, Ambassador Poirier also gave Nguyen Van Me, former chair of the Thua Thien-Hue People’s Committee, a National Order of Merit for his notable endeavors to cement the relationship between France and the Vietnamese province.