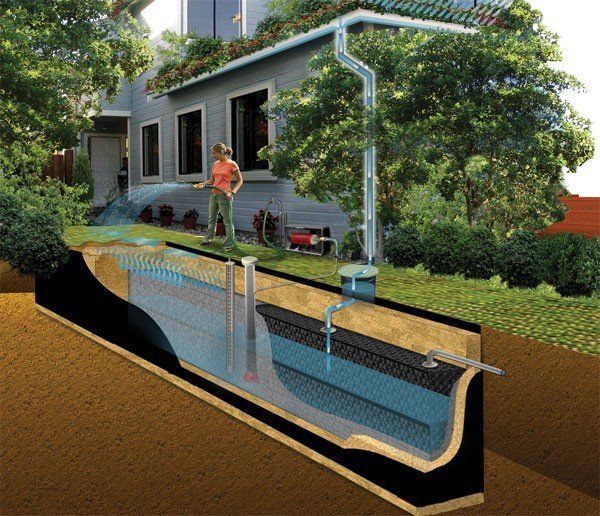 Most people refuse the construction of reservoirs in their private homes for urban floodwater prevention, according to a brief survey by Tuoi Tre (Youth) newspaper on 70 city dwellers.

Of the 30 people living in urban areas, 30 in newly-constructed residential areas, and 10 housing investors, 93 percent said no to the idea.

However, the rate shrank to 66 percent if they were granted allowances from the government.

Now, the Management Center for Urban Flood Prevention in Ho Chi Minh City are mulling a plan to construct a network of small reservoirs of 1-2 cubic meters each at private homes to prevent floodwater.

The content of water kept in those reservoirs would be used for watering trees and washing motorbikes, according to the center.

However, the water is useless to locals since most urban homes in the city have no free space to cultivate trees and wash motorbikes.

In addition, rainwater in an industrialized city like Ho Chi Minh City is not clean enough for use in daily activities, such as cooking and bathing.

Hoang Kim Chung, a resident in District 9, asked, “How many houses with gardens are there in this city?

“We even don’t have enough space for building houses.”

Over 84 percent of those polled in the survey complained that it will be costly to construct reservoirs and hard to repair their houses if the reservoirs are underground.

If the water containers are placed on top of the house, 47 percent said that it would not be safe to have such a permanent burden above them.

In conclusion, 93 percent expressed their belief that it is impossible to prevent floodwater with such a network of private reservoirs.

Instead of building small private reservoirs for flood prevention, 84 percent of the participants in the survey recommended that the city pay more attention to water drainage.

Others suggested upgrading rivers and canals, repairing natural lakes, encouraging locals to stop littering, and banning the leveling of channels for construction.

About 47 percent asked city officials to study new technology for road building so that water could better penetrate through asphalted roads.